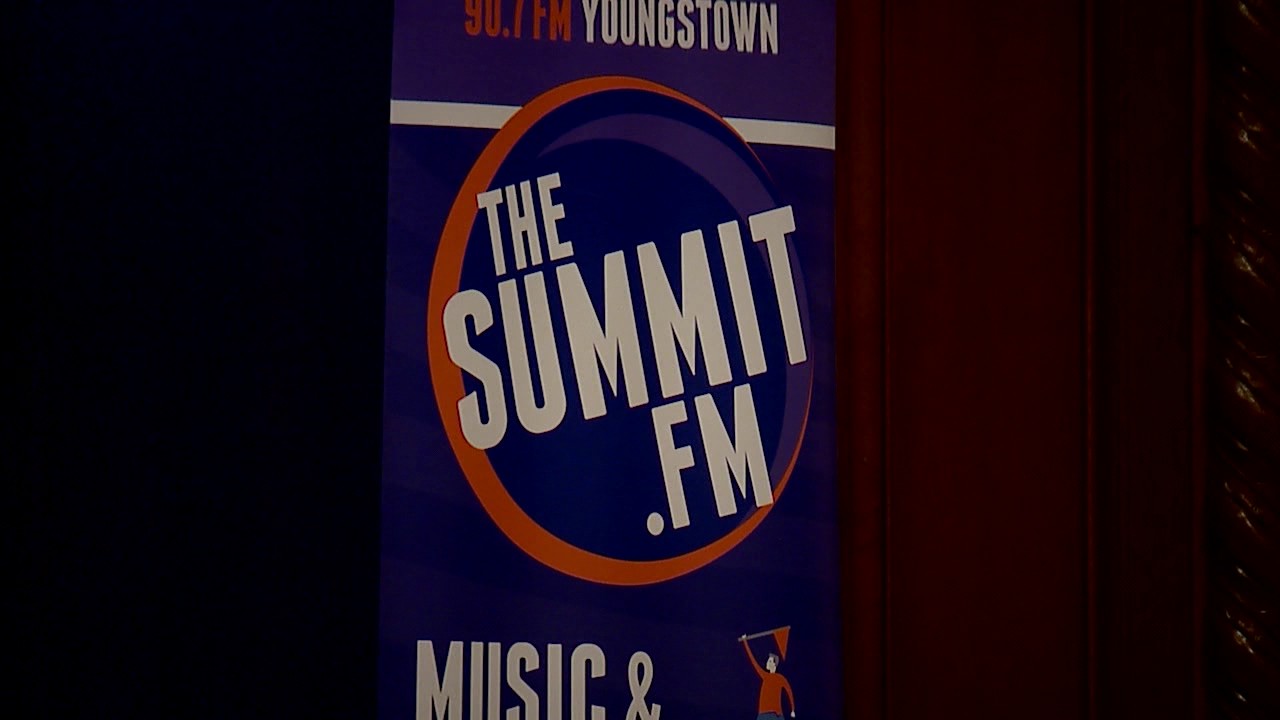 (WKBN) – Talk to a successful young musician from Youngstown and he’ll tell you that Summit radio station has helped them a lot. It’s a station dedicated to playing local musicians and bands, and even though the station is based in Akron, it’s dedicated to Youngstown.

“Maybe sometimes Youngstown has a better community than Akron and sometimes vice versa. But each city has its own identity but great local musicians, bands and artists who hail from both areas,” said Music Director Chad Miller.

Bruno spoke to us in front of a large mural where the Youngstown area was represented by The Human Beinz, Dave Grohl and Trent Reznor. In the same studio was a stage for live concerts.

“You become a member of the radio station, you get invites to these live performances,” Bruno said.

While The Summit began in Akron, the Youngstown market was added 11 years ago when The Summit entered into an agreement to operate WKTL 90.7 FM, whose transmitter remains at Struthers High School.

“WKTL was operating as a student station and what we’re seeing across the country is a lot of these school-owned stations, the students are losing interest,” Bruno said.

With Youngstown being part of The Summit, the radio station is committed to highlighting Youngstown-based bands. In March, The Summit sponsored 330 Day with 10 local bands at Stambaugh Auditorium. Last weekend he also sponsored Federal Frenzy in downtown Youngstown.

“You know, we ask, why are you supporting the station? You can get music anywhere. It’s largely because we support local artists,” Bruno said.

The Summit’s format is an alternative adult album radio that also features music from Northeast Ohio bands, which hopefully leads to live performances for those bands.

“Frankly, the live music scene is really the only way for these artists to make money,” Bruno said.