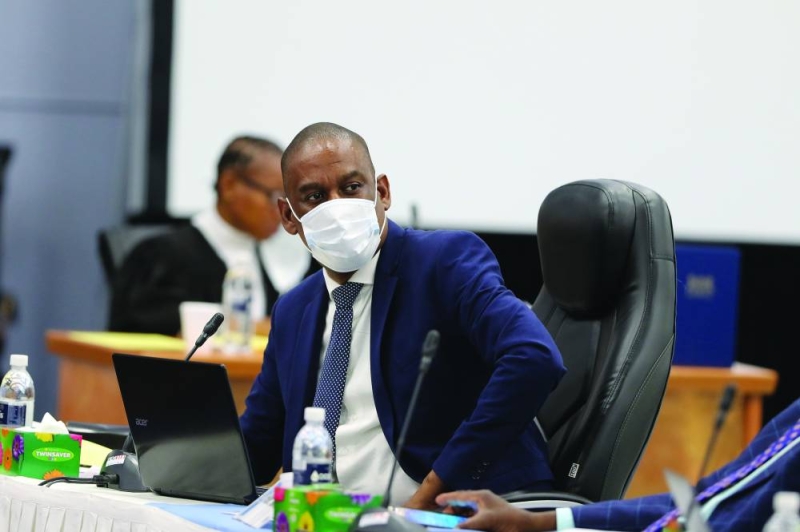 He also shares the party’s future ambitions, including launching a radio and television station to bypass state-owned Radio Botswana and Btv.

MMEGI: What do you think is PCO’s greatest achievement during your tenure as President?

SALESHANDO: Compared to most of Botswana’s political parties, the BCP is arguably the most stable party in the country’s political history. This has been attested to by some of our adversaries. Maintaining a stable but diverse and growing membership base is not about luck.

This is a testament to the collective leadership’s determination to truly build an alternative leadership for Botswana. We were able to build a culture of tolerance guided by strong mutual values â€‹â€‹of social democracy. The desire to build an organization that can deliver Botswana from poverty, bless Botswana with a superior blend of democracy, achieve a society in which all are able to use their skills to provide a life of dignity for their families reigns supreme in the BCP. This is not the achievement of a single leader, it is the greatest achievement of the BCP leadership, past and present from the national level to the lower party structures.

SALESHANDO: Compared to most of Botswana’s political parties, the BCP is arguably the most stable ship. Maintaining smooth operations and a disciplined organization cannot be attributed to luck, it is the product of focused leadership. It is not the work of a single leader, it is the work of a collective of national, regional and constituency leaders.

MMEGI: Is there anything you regret the most during your tenure as President of PCO?

SALESHANDO: Maybe Frank Sinatra’s lyrics in his song â€œMy Wayâ€ sums up my point when he sang â€œRegrets I’ve had a few. But again, too little to mention. I did what I had to do and I carried it to the end without exemption. I planned every charter course, every careful step along the way. And more, much more than that, I did it my way. Mistakes will always be obvious to leaders who make decisions when faced with challenges. Not making bold decisions under difficult circumstances to avoid possible mistakes is never an option for me and PCO. With hindsight, I would say that no decision is outrageously irrational, even with hindsight. I maintain that the â€œGo It Alone Decisionâ€ of 2014 was well thought out and reasoned at the time. It may not have been a popular move for the voting public, but there were strong reasons to walk away. Leadership should not always be seen through the prism of populism.

MMEGI: What have you learned from your past mistakes (in relation to your role as president of BCP)?

SALESHANDO: Never take anything for granted. In politics, perception can carry much more weight than facts. Pay attention to details; a false statement, repeated over and over again and not disputed, can deal a fatal blow.

MMEGI: What do you think is your greatest strength?

SALESHANDO: I have been blessed with the talent to communicate clearly. Feedback from different audiences over the past decades has been that I am able to logically break down my post for easy appreciation by those receiving the post. I am also a field leader. Once the decisions are made by the organization, I roll up my sleeves and join my comrades in carrying out the agreed tasks.

SALESHANDO: I have many weaknesses, the main one being impatience with colleagues who do not accept agreed tasks vigorously and earnestly. I can be too strict on meeting goals and inadvertently dismiss those who I think are dragging their feet to get the job done. For team spirit, this is a major weakness that could lead to less cohesion. Fortunately, I benefited from the closeness with comrades who got ahead of me in terms of maturity and political experience. The advice, especially from Comrades Motsei Rapelana and Dr Kesitegile Gobotswang, helped me polish my rough edges and save the PCO from possible harm emanating from my weaknesses.

MMEGI: Are you satisfied with what you have achieved as President of PCO or what PCO has achieved under your leadership?

SALESHANDO: The key goal of any political party is to win elections. That we are still in opposition means that I have failed. However, the basics were put in place by those who came before me. If indeed the numbers don’t lie, the fact that PCO has attracted more votes in every election it has participated in means that we are well advanced towards the ultimate goal. The BCP played its role as an opposition party. He presented alternative ideas through his manifestos, called the ruling party to account to institutions such as parliament, ombudsperson and courts. We have improved public and political education through our campaigns. BCP must now focus on the road to government as soon as possible.

MMEGI: In your opinion, is there a strategy / approach that should be introduced by BCP to make it more competitive in the future?

SALESHANDO: Having built an organized and disciplined political party, the challenge for PCO is to raise the bar. The party must now become semi-professional, if not fully professionally managed with its meager resources. Political parties in Botswana casually operate like social football teams. Now is the time to attract new skills to deliver a more efficient BCP that also uses technology to reach its target market. Everything indicates that we are on the right track, being the first party to introduce virtual rallies and now a virtual conference. Maybe it’s time to dream big, to explore the possibilities of a virtual party radio and TV station to bypass Radio Botswana and Btv. It’s possible…

MMEGI: How long do you plan to continue as President of PCO?

SALESHANDO: In the culture of PCO, the question of who leads is not for the individual but for the organization. I certainly do not intend to extend my welcome. When the time is right and the members send out signals that I have played my part, I will take the back seat and support new talent. As I said recently on my 50th birthday, in the words of Bill Clinton, â€œI have more yesterday than tomorrowâ€.

MMEGI: Where do you see BCP in the next 10 years?

SALESHANDO: The BCP is respected as the most organized party in Botswana. The main challenge for the party going forward is to raise the bar, operate at a much higher level, attract new skills to its ranks and exploit the opportunities offered by technology. The goal (in the next 10 years) should be to build a model party suitable for countries that operate without public funding for political parties.

MMEGI: Finally, the BCP will organize an elective congress this weekend. For the first time in many years, we will see a significant change in party leadership. Don’t you think this can affect the momentum of the party and turn it into a less relevant entity as some people suggest?

SALESHANDO: Next week, an overwhelming majority of those in PCO’s top leadership positions will hold a post for the first time. The nation can expect strong leadership that will propel the party to greater heights.