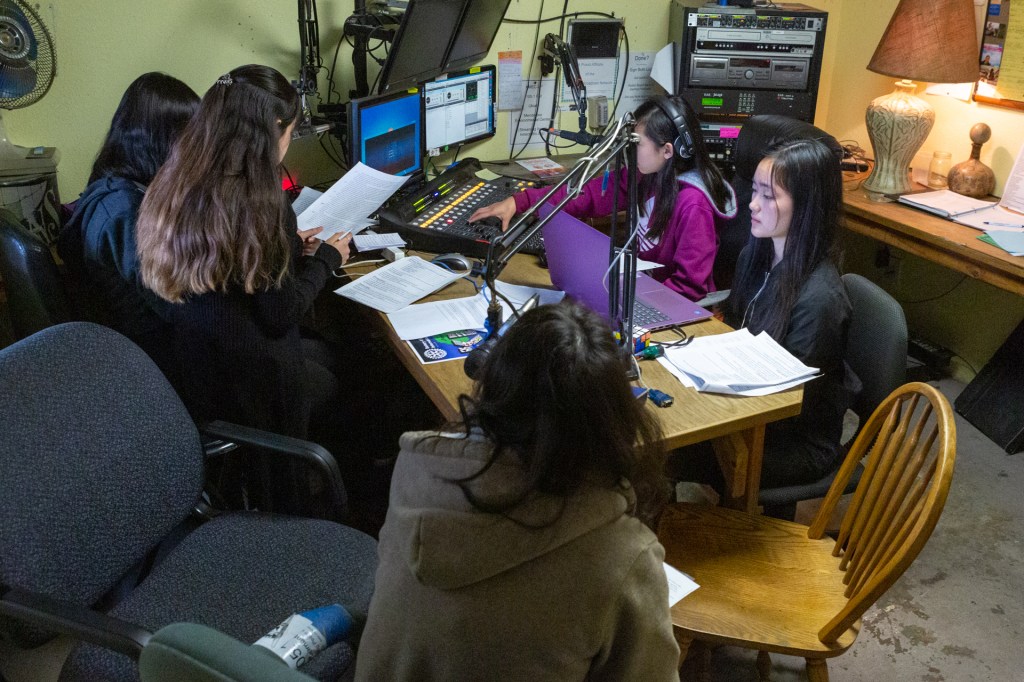 Developing Virtue Secondary School was established in 1981 and was the first Buddhist secondary school in the country with the aim of fostering citizenship. The school’s mission is to educate its students in the eight fundamental virtues of kindness, filial piety, respect, reliability, fairness, citizenship, integrity and integrity. humility.

The show is called The Developing Virtue Radio Hour and features students from boys’ and girls’ classes, which rotate every two weeks. The overall hope of the show is to give students a voice and discuss topics that resonate with the themes of spirituality, religion, and ethics.

The idea for the show came earlier in the year after sophomores spent a semester exploring life from and about seniors’ perspective. The students worked to expand their knowledge of the human condition by reading books about the experiences and lives of elders. The final assignment was to share what they had learned about KMEC last fall.

The first class to air was sophomore girls in early February who chose to discuss ethics and morality while explaining some of their favorite movies. “We focused on the ethics and morals of the movie and incorporated that into the show, and we all made a different movie,” says Emily, a student who wanted to use only her first name.

Some of the students note that they look forward to exploring more engaging topics that listeners can take with them beyond the show.

The conversation about launching a radio show began after the high school principal Developing Virtue, and Jin Jr brought students to the Climate March event at the Mendocino Environmental Center in August 2018. With Alicia Bales, President from the board’s Mendocino Environmental Center, they discussed other ways to connect students to the community in a fun way. Getting the kids to experience radio made perfect sense.

“It’s great that they can come in and talk about themselves and what’s important to them and what their life is about,” said Bales, who said the radio show was a good way for children to have an outlet. Bales is also working with students from Ukiah High School’s journalism class on short podcast stories to be released in the future.

A student from Developing Virtues High School had mentioned how during their first visit to the studio, Bales showed them how to work the soundboard and then warmly hinted that they were going to do it themselves, which was exciting.

The sophomore girls all agreed that the response they received from their first show was overwhelmingly positive and encouraging. Many friends, relatives and loved ones have spent time listening to their show. Many people were also very intrigued by what they had to talk about.

The Developing Virtue Hour airs live on KMEC Radio at 105.1FM every other Saturday at 10am. You can find recordings of past episodes online at the Mendocino Environmental Center website at www.kmecradio.org.