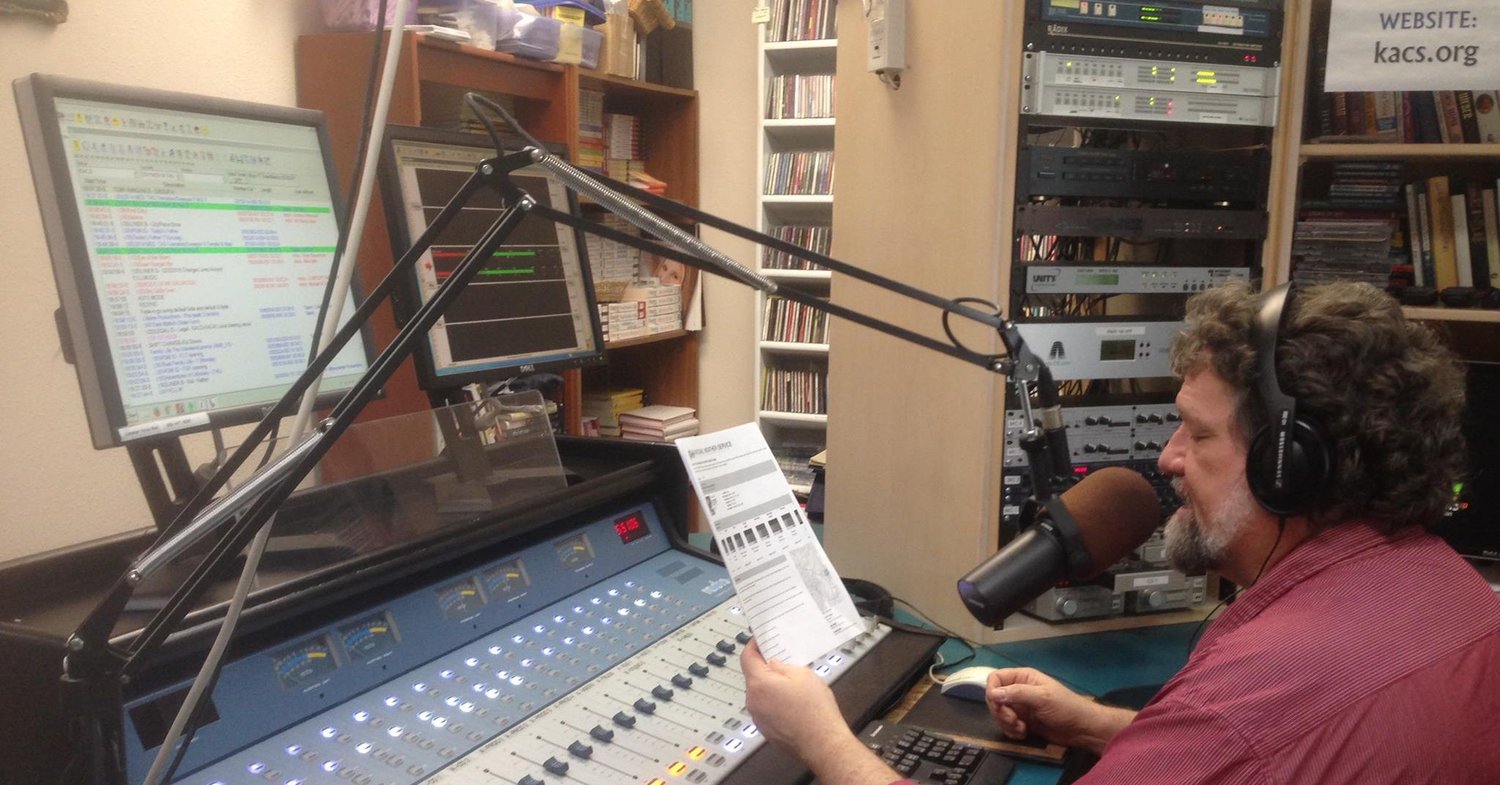 By The Staff of The Chronicle

There will be a telethon on October 26 and 27 in support of local radio station KACS. Supported by donations from listeners, the family radio station has struggled in the current economic situation like many other charities, according to a press release from the station.

According to network manager Cameron Beierle Sr., the telethon includes both the “greatest challenge and the greatest opportunity” the nonprofit organization has faced since its inception in 1991. two days is to raise more than $80,000.

“With the current economic conditions, our expenses have increased along with those of the families we serve and the listeners who support the network,” Beierle said. “We’ve seen this affect us on both the spending side and donation support this year.”

KACS recently received approval from the Federal Communications Commission for a 15-year development plan that includes a permit for the construction of a new tower that “will exponentially expand service and population coverage in southern Puget Sound, the Interstate 5 Corridor, parts of the Cascade Foothills, and Washington’s Southwest Coast,” according to the statement.

KACS currently reaches the Packwood Valley, Willapa Bay, Grays Harbor, the Interstate 5 corridor from the Chehalis Valley to Olympia, and the Enumclaw and Puyallup area.

“Funding is urgently needed for both opportunities,” Beierle said. “And we are deeply grateful to the listeners and locals who have already helped us grow from one signal in the Chehalis Valley to today’s seven signals covering parts of western Washington.”

KACS provides many services to the community, including participation in the Emergency Alert System. During the Goat Rocks fire, the station sent alerts from multiple agencies.

“Our coverage continued hourly for the first few days. We were proud to relay the emails and social media messages we received, the phone calls that came in and the text messages that were sent. Our listeners were quick to make offers for accommodations, park RVs, move livestock, and help with evacuation and transportation.This community building is part of what we believe a local service like ours is meant to be and do,” Beierle said.

Beyond concerts and support for local charities, KACS offers daily free community calendar promotion to local family-centered charities and churches. KACS helps promote food drives, a bed and bedding charity, recruiting volunteers for organizations, fundraisers and public events. The station also keeps the public informed of events at public libraries, the town hall and at Olympia. No organization, church, or charity providing on-air service or promotion is charged for its airtime.

KACS’ annual budget is over $335,000. Most of this funding comes from individual listeners who make regular donations. The station’s fall Sharathon is its main fundraising event.

“We constantly program with public service and local families in mind, encouraging everyone to support each other,” Beierle said. “Now, when we need, (we) ask everyone who wants to share hope and positive service to support us.”