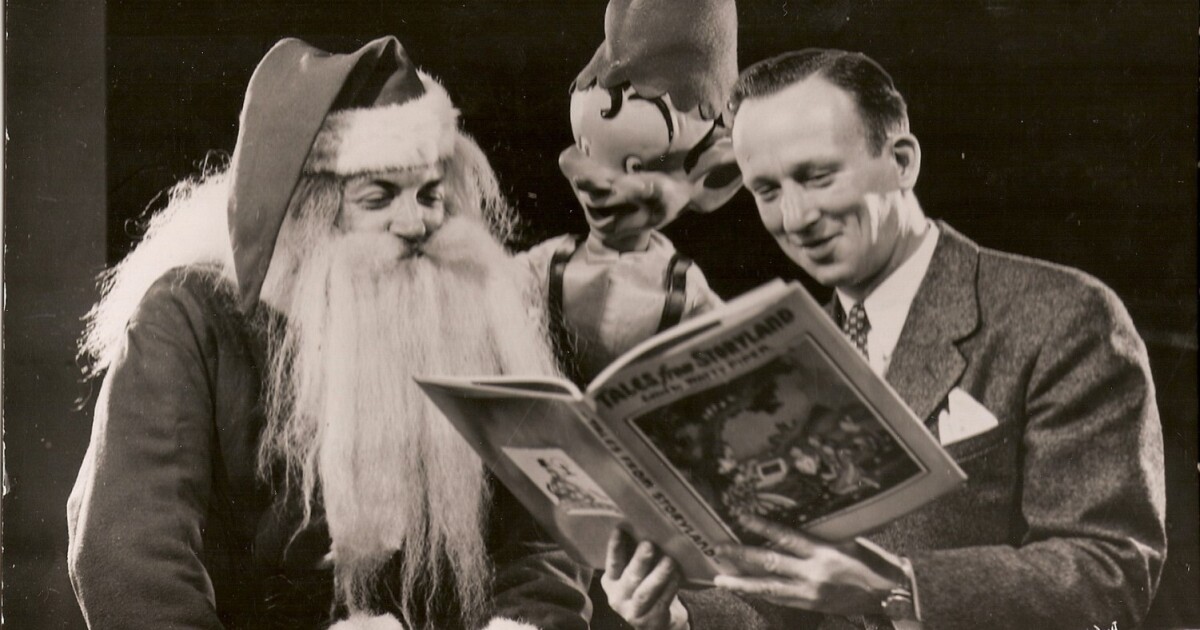 It’s not quite vacation time, but for people who grew up in Milwaukee between the 1930s and 1950s, Billie the Brownie is a familiar character.

For more than 20 years, families gathered around their radios during the holidays to listen to the Billie the brownie show, starring Billie, Santa Claus and Captain Larry.

Mary Pat Vigil, who grew up in Northwestern Milwaukee in the 1950s, remembers anticipating every broadcast with her siblings. She was the youngest of three.

“We would be sitting at our kitchen table, but we knew Billie the brownie would arrive at a certain time, so we would finish our dinner and run on the radio. And I still imagine, she said, whoever got there first, we had a little chair and just a little chair, so whoever got there first got the chair. But otherwise, we would sit on the floor and glue our ears to the radio. “

Mary Pat says it was like a storytelling session. His memories of Billie the brownie radio show urged her to submit this question to Bubbler talk:

Was Billie the Brownie a local radio show in the early 1950s or was it a national radio show?

Well the short answer is Billie the brownie was not broadcast nationally. It was broadcast locally and the show was very popular here in Milwaukee.

The Schuster Department Store featured the character of Billie the Brownie in 1927 to promote its annual Christmas Parade. Billie was based on Palmer Cox’s Scottish folk characters called “Brownies”. They are small people like elves invisible to humans.

Attendance at Schuster’s Christmas parade was low, so management decided to create a radio show with Billie starring. The 15-minute show aired Monday through Friday and Sunday from 1931 to 1955.

Ben Barbera, curator of the Milwaukee County Historical Society, says the Billie the brownie The show was the highlight of the Christmas season for many Milwaukee children.

â€œSo Schuster’s holiday parade was always the first Saturday after Thanksgiving, and they started to organize the Billie the brownie show about 10 days before that. And so, the first 10 days of this show, it would tell about Santa’s trip to Milwaukee for the parade and there would always be some sort of disaster, whether it was a storm or a sick reindeer or something dramatic would happen â€ , he explains. .

Ben says that once Santa arrived for the parade, the show continued until Christmas Eve.

When the Billie the brownie the radio show ended in 1955, Billie took a trip around the world – so the story goes. He returns under new management.

â€œGimbels acquired Schuster’s in 1961 and all rights to Billie the Brownie in the process, then in 1973 Gimbels decided to bring Billie the Brownie back. They kind of recreated Billie, they made her a lot cuter as a girl. sort of pixie like character – more like what we might think of as an elf, â€he says.

But Billie did not return to the radio. Ben says Gimbels thought the radio would not have reach and that the television was too expensive. So Billie mostly appeared in print ads, and if he was in person, a teenager would dress like him.

Gimbels donated his Billie the Brownie collection to the Milwaukee County Historical Society in 1984.

Ben says he thinks the Billie the brownie The show was popular because it took off as the popularity of radio increased, and during its airing, it made people feel good during tough times in the United States, like the Great Depression and the Great Depression. Second World War.

He says Billie the Brownie hit a good spot for people.

Have a question you would like WUWM to answer? Submit your query below.
(If the module does not appear, please refresh the page.)

Authorities debate Calhoun statue to be part of exhibit