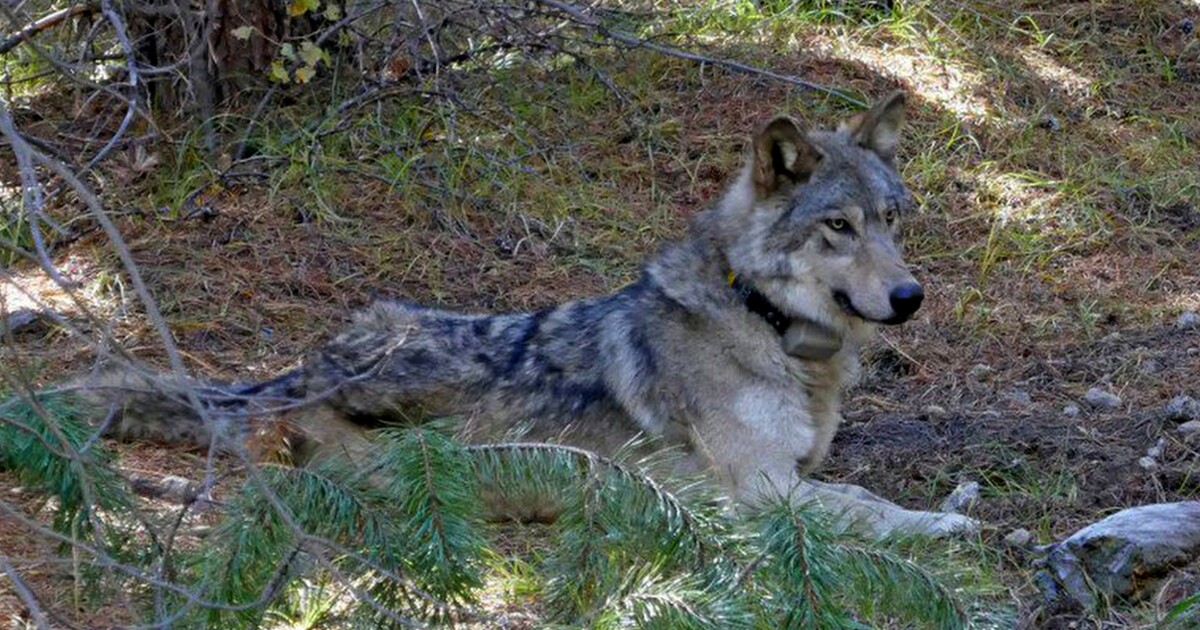 Conservationists call for action against poaching of North West wolves

SPOKANE, Wash. (AP) — Wildlife advocates say there has been a concerning increase in wolf poaching cases in the Northwest over the past year and a half.

Four dead wolves were discovered in the northeast corner of Washington state in February. This follows the poisoning of eight wolves in eastern Oregon in 2021, as well as the poaching of a total of eight wolves in Idaho last year.

Wolf experts say the true number of poaching incidents is likely much higher. The cases are difficult to solve because they occur in remote rural areas where an attacker can kill a wolf and bury the body.

“The term ‘pull, shovel and shut up’ is what comes up a lot and from my conversations it seems to be pretty entrenched in those communities,” said Sophia Ressler of the Center for Biological Diversity, who compiled the numbers.

“There is actually scientific data that shows that for every confirmed poaching, there are likely several more,” Ressler said.

In the case of Washington, deputies from the Stevens County Sheriff’s Office discovered four dead wolves on February 18.

The incident report found no evidence of bullet holes or physical trauma in the wolves, suggesting their deaths may have been the result of poisoning.

No arrests have been made in the case, although conservation groups are offering a $30,000 reward for information leading to a conviction.

The dead wolves were all in the territory of the Wedge Pack, which was exterminated twice for hunting cattle. But new packs continue to form in what is the wolves’ main habitat.

Wolves were exterminated in Washington early in the last century at the behest of the cattle industry. Since wolves returned to the state in 2008, there have been many conflicts with ranchers.

There were a minimum of 206 wolves and 33 packs in Washington state in 2021, according to an annual survey conducted by state and tribal biologists. Idaho has about 1,500 wolves, while Oregon has about 173.

The Washington case is “quite distressing and alarming,” said Julia Smith, wolf policy manager for the Washington Department of Fish and Wildlife. But the number of wolf poaching incidents is still low, she said.

The agency knows there are a number of undetected wolf poachings, but the numbers must be low because the total number of wolves continues to rise, Smith said.

Conservationists are outraged by the poisoning of wolves.

“Put poison on the landscape for any unsuspecting creature to feed on is one of the most disgusting things a person can do,” said Brooks Fahy, executive director of Predator Defense, a national advocacy group. non-profit interests. “It’s not just about killing wolves. It is also wanting them to suffer.

Steph Taylor, president of Speak for Wolves, said Washington has a poaching problem and wildlife managers “need to step up their game to hold these deranged poachers accountable. Otherwise, this shoot, shovel, and silence culture will continue to thrive.”

Meanwhile, Oregon wildlife troopers found eight dead wolves between February and July 2021 in the northeastern part of the state. The animals have been poisoned, but the deaths remain unsolved.

Last December, Oregon State Police announced they had exhausted all leads in the case and asked for the public’s help. A $36,000 reward was posted for information leading to an arrest.

In late 2020, the Trump administration removed gray wolves from the endangered species list and removed their legal protections, citing “the successful recovery of the gray wolf.” But in February, the Biden administration restored federal protection for Gray Wolves in most of the lower 48 states. The decision to re-list gray wolves has been hailed as a major conservation victory for the species.

Ressler, an attorney at the Center for Biological Diversity, said the poaching cases need to be solved.

“If poachers are allowed to walk away unscathed, that only encourages them to kill again,” she said.