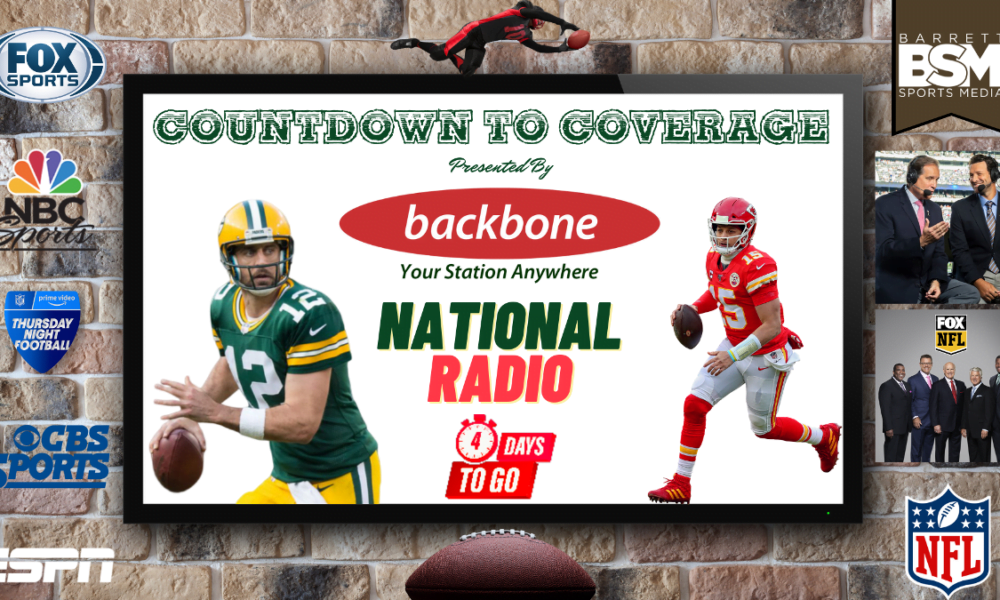 I want to make that very clear from the start because I’m going to spend a good chunk of this column criticizing something Gottlieb did. It’s something that Gottlieb has already been widely criticized for, and I’m not writing about this column, but because there’s a more important point to make here, not about Gottlieb specifically, but on sports media in general.

There are many people who use the language of news reporting without knowing what is actually going on in the practice of reporting the news or understanding the implications of reporting the news. And if you start talking like a reporter without having the chops of a reporter, that makes you vulnerable to pants in public like Gottlieb just did. Personally, I found it funny, but to be very frank, it’s because I’m mean-spirited and don’t personally care about Gottlieb’s point of view or his work. That’s my personal opinion, though, and I’m focusing on the professional aspect here because there’s a larger point to be made. But to do that, we have to go back to June right after Freddie Freeman returned to Atlanta with the Los Angeles Dodgers. ESPN’s Buster Olney reported on the emotional fallout of Freeman’s free agent departure from Atlanta. Olney reported Freeman fired Excel Sports Management, the agency that handled negotiations first with the Braves and later with the Dodgers.

Enter Gottlieb. After Olney’s report, Gottlieb tweeted a more specific allegation regarding a specific agent at Excel: “Casey Close never spoke to Freddie Freeman about the Braves’ final offer, which is why Freeman fired him. He discovered it in Atlanta this weekend. It’s not that uncommon for this to happen in MLB, but it did happen – Close knew Freddie would have taken the ATL contract.

This is not presented as Gottlieb’s opinion, but rather as fact. This is essentially an allegation of professional misconduct, an agent failing to provide his client with all the information needed to make an informed decision. In this case, Gottlieb said Freeman was barred from acting on an offer he allegedly accepted because his agent didn’t tell him.

Let’s end the story here before we get to Close’s reaction to the report. Gottlieb has every right to report hard news. There are no courses you need to pass to become a certified journalist, no certificates you need to earn. You don’t even need to have studied journalism at university to practice the profession. But there are expectations that this language creates for those who read it. He didn’t say what he thought had happened or what he had heard. Gottlieb said that’s what happened, and a good journalist must not only know that’s exactly what happened, but be able to demonstrate why he knows that’s exactly what happened. happened for reasons that we will see.

Close disputed Gottlieb’s account. So Close sued Gottlieb for defamation in New York District Court, issuing the following statement: “Although we gave Mr. Gottlieb the opportunity to retract his misrepresentation, he did not. The complaint sets the record straight on what happened during negotiations with the Atlanta Braves.

I considered writing a column about it after Close sued because I wanted to explore the risks a host faces when they switch from offering opinions – which most of us do – to the publication of news. I even searched for expert libel law sources and heard from Nicholas Creel, assistant professor of business law at Georgia College and State University, and David Reischer, a New York attorney and CEO of LegalAdvice.com. Both agreed that the main issue probably wasn’t money.

Creel: “For Close, the value of this lawsuit is not necessarily winning the lawsuit. As an agent he has a reputation to uphold, bringing this lawsuit and showing he is prepared to fight a damning charge probably helps him mitigate the damage to his reputation he has suffered.

Reischer: “Such a lawsuit would be expensive and likely result in limited damages, unless the Twitter posting was crude and reckless as to the truth. More likely, the plaintiff would have to settle for an injunction simply to have the offending online exam removed.

This differentiation is important because Close filed his case as an individual, but Gottlieb could have challenged this had the case gone to court.

Creel: “One thing to keep in mind that definitely reduces the chances of Close being considered a private individual is that the law recognizes that people can be public figures for a ‘limited purpose.’ Given that MLB is a major national pastime, and the politics of players who negotiate rely on an entire media ecosystem, chances are they will accept the idea that Close at least fits this narrow category of public figure. .

This would have had huge implications for the case.

Reischer: “It makes sense that Close would walk out the door claiming he is not a public figure, as he hopes to preemptively refute the inevitable assertion that he is. If the court sees him as a public figure, his case will be nearly impossible to win.

I left thinking Gottlieb had a pretty limited vulnerability in the case. It might be uncomfortable to hear Close call him a liar in court, but proving that Gottlieb not only lied, but did so with the intent to harm Close, is hard to fathom. I was surprised last week when Gottlieb released a statement withdraw his report. He deleted the June Tweet.

“I reported these events prematurely and was simply wrong. After further checking my sources, reviewing the lawsuit against me in this case, direct conversation with Casey himself, I learned that the conduct I alleged did not occur and that there was no credible basis to assert that it did.

A cynical characterization is that the apology was only made at the point of a knife, but I want to take Gottlieb at his word. He is responsible and unequivocally declares that he was wrong. It’s honourable.

What is left unsaid is how Gottlieb came to make what he now calls a mistake. The implication is that he received inaccurate information from his “sources”, but that’s about all we get in his reporting process. Did he contact Close or Freeman before posting his tweet? It’s standard practice for a reporter, especially in a case like this where Close and Freeman are the only two people certain to have direct knowledge of whether Freeman was told about the final offer. from Atlanta. In fact, Gottlieb’s initial tweet didn’t reference any source.

Reporting is a craft, a profession, and although the principle of the job is simply to tell the truth, we all know how complicated the very idea of ​​truth has become. The practices journalists are taught to follow do not solve this problem, but they do provide some safeguards aimed at preventing a journalist from giving too much weight to someone with a specific agenda or limited knowledge of the situation.

This is why attribution is important and the use of anonymous sources is generally discouraged. When it is deemed necessary to use an anonymous source, the newspapers I have worked for require the journalist to disclose the source to their editor.

If you’re not going to follow basic standards like this, or if you don’t deign to contact people with first-hand knowledge of a situation you’re reporting on, I would advise you not to present your work as news reporting. In fact, there is a simple solution: start your statement with “I think…”. If Gottlieb had done that in his initial Tweet, there would have been no problem. The problem was that he presented it as fact, something he definitely knew. Turns out he was wrong about that.