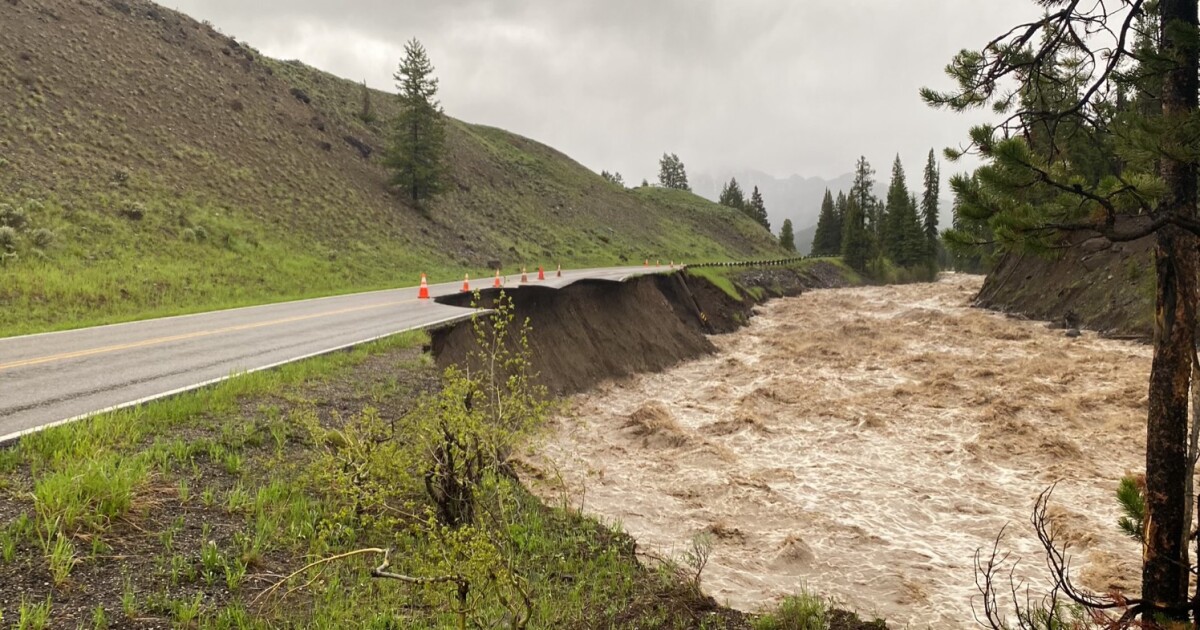 Flooding and closures in Yellowstone could displace tourism in Montana

Pam Crowhurst traveled from California to Montana to visit the state’s well-known national parks. His plans changed when historic flooding swept through Yellowstone, causing him to extend his stay in Glacier National Park.

“So our alternative was that we book an extra night here, so we were able to keep our site one more night. And then we’ll go to Butte to see the Lady of the Rockies – I don’t know what that is.

Crowhurst is one of many tourists facing the decision to change their itinerary after flooding closed most entrances from Montana to Yellowstone.

State and federal agencies that manage Montana’s public lands are now anticipating an increase in visitation as tourists turn to alternative campgrounds, hiking trails and fishing spots this summer. This could put increasing pressure on already overcrowded public lands.

“We will need people to camp successfully in scattered areas if we are to cope with the level of interest there will be this summer,” said Katie Stevens, Western District Manager for the Bureau of Land Management. The office is under additional pressure because it lacks seasonal recreation staff.

The increase in visitors camping during the pandemic has led to issues like people leaving toilet paper on the floor, not putting out campfires properly and more human-grizzly interactions, Stevens said. . She expects more visitors to seek out BLM lands given recent flooding in Yellowstone.

“With the recent activity in the park, with the flooding and everything, we’ve already seen a pretty big spike in visitation in a few parks.”

New visitors arriving during the COVID-19 pandemic prepared FWP for this challenge, he added.

“From our perspective, I think we are ready to handle the increase in visits.”

Glacier National Park, about a 6-hour drive northwest of Yellowstone, having already faced overcrowding issues last year, has implemented a ticketed entry system to limit the number of people who can access the park per day.

Gina Kerzman, spokeswoman for the park, said the park hasn’t changed any plans.

“We have a system in place, we think it works well and we’re going to stick with it.”

Glacier also closed roads and trails due to flooding and encourages visitors to check the park’s website for more details on its vehicle registration program before arriving, Kerzman said.

Political leaders in Montana are encouraging tourists not to give up on a visit to the state, as tourism brings in billions of dollars each year. Gov. Greg Gianforte said Montana is open for business. He specifically pointed to the tourist areas hardest hit by the floods, including Gardiner, Red Lodge and Paradise Valley.

Montana’s congressional delegation sent a letter this week to Forest Service and Bureau of Land Management leaders urging them to provide more flexibility to flood-affected outfitters and guides.

Nonresident travelers spent more than $3.5 billion in 2019, according to the University of Montana’s Tourism and Recreation Research Institute.

“It is likely that there will be more tourists recreating and visiting other nearby communities in Montana.”

The state has a lot to offer, but some public lands don’t have the infrastructure to accommodate many more visitors, Pohl said.

“This becomes a significant management challenge for agencies overseeing these areas.”

Yellowstone’s northern entrances via Gardiner and Cooke City will likely remain closed for the rest of the year. Visitors can access the south loop of the park, and authorities limit visitor numbers with a system based on car license plate numbers.

Park officials and surrounding communities continue to tally the damage and deal with the destruction caused by the floods as they begin to rebuild.

Interest in outdoor recreation has increased during the COVID-19 pandemic as Americans look for ways to have fun safely. This year, others might consider looking for alternatives to the country’s first national park as it celebrates its 150th anniversary.