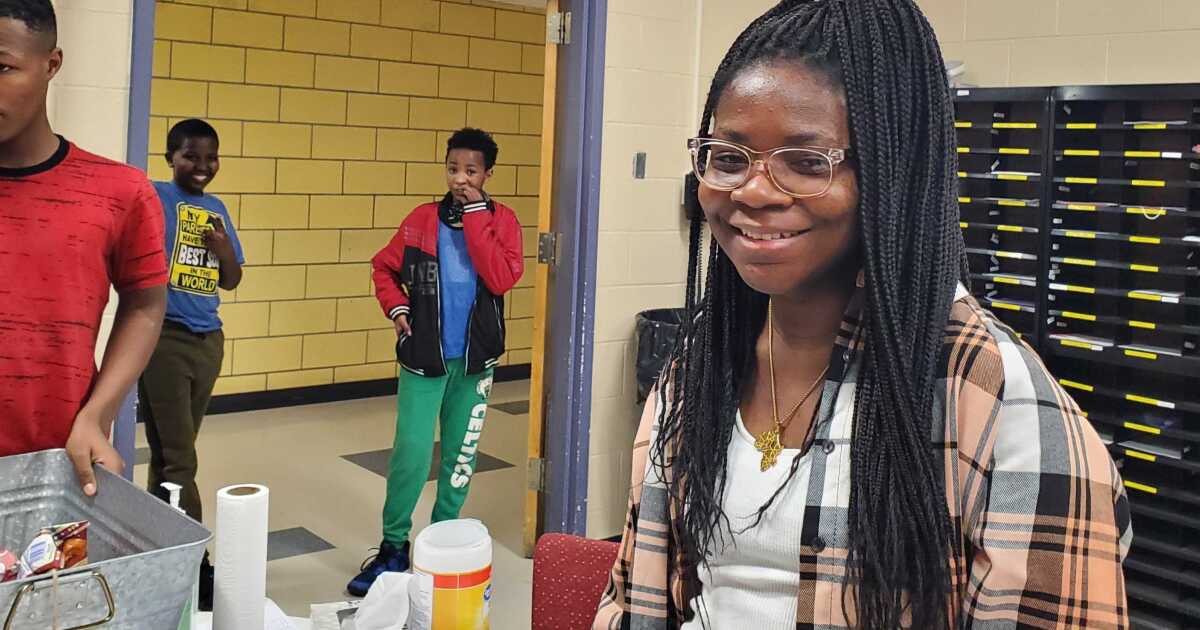 Brendan McCafferty (Director): My name is Brendan McCafferty. I am originally from Manchester. I grew up a street away. I am the Hillside Middle School Principal where the program is located. And I started the program 16 years ago with Hector Urrea. The acronym stood for Bringing refugees, immigrants and neighbors smoothly into tomorrow.

So, in other words, connecting newcomers to locals, which will always be your new version of what Manchester is. So we started with football, dancing, and 16 years later it led to many other things.

Communication can sometimes be a problem, but luckily for us, we were able to hire diverse staff members who were actually program participants for us. So we have staff who speak, community, speak Kinyarwanda, speak Swahili, speak French. So it’s very nice for a lot of our new students to come here and get help in their native language.

Simfora Bangasimbo (Deputy Director): My name is Simfora Bangasimbo and I was born in Tanzania and in a refugee camp. But I am Congolese… my parents are from the Democratic Republic of Congo. I’ve been at BRING IT since 2009. I started as a student, and now I’m working here.

As a newcomer, I didn’t know English so I needed a lot of help at first. But [BRINGT IT!] was also a place to hang out with friends where we can learn the American system together, play football together, dance together and feel like we are not alone.

I was graduated [college] in 2020. I joined a master’s program in Switzerland, so I will go in September, focusing mainly on human rights and humanitarianism. This program… it didn’t save me, but it helped me a lot. I think I would have been very lost without it.

Doug Leclerc: For anyone not aware of our program, I think this is a great opportunity for anyone to contact us and learn more about us or even stop by to visit us.

How to get involved:

Learn more about BRING IT! After School Program, here. You can donate or find volunteer opportunities, here.