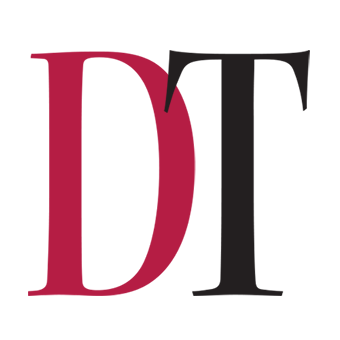 KQED, a radio station that broadcasts statewide, will air a series consisting of documentaries created by USC graduate students from the Annenberg School for Communication and Journalism. The radio series, titled “20something,” follows the lives of a diverse group of young Californians, exposing the personal triumphs and hardships they face in their communities.

The seven students working on the project found themselves in a public radio documentary class taught by Annenberg professor Sandy Tolan. Tolan had previously collaborated with a colleague and producer for KQED’s “The California Report,” Victoria Mauleon.

“These young journalists spent many hours over four months profiling young people as their lives unfolded over time,” Tolan said in a press release. “This documentary access has made possible intimate portraits that we don’t hear every day.”

One of the students involved in the project, Nicole Banner, who is working on a master’s degree in broadcast journalism, profiled Brandon Blackshire, a young man from Inglewood. When she interviewed Blackshire, he was mourning the murder of his girlfriend, a kindergarten teacher, and his close friend Mr Bone. Despite the hardships Blackshire has endured, Banner hopes Blackshire’s story will inspire members of his community and others to be as grateful and optimistic as he was.

“I think my story speaks volumes about some of the biggest social issues in our community,” Banner said. “We are the future, and it’s important that people listen because these issues have a big impact on the world.”

James de Grazia, who is working on her master’s degree in specialized journalism, introduced Claudia Gomez, a teacher at FREE LA High, a charter school that accepts students who have spent time in a correctional facility. Gomez, 20, who has experienced her own set of struggles and missteps, started at the reception but quickly took charge of a documentary program examining the effects of mass incarceration on young people.

“Claudia was an incredibly open and generous subject,” de Grazia said. “She went out of her way to educate me about her community and the challenges it faces.”

Listeners tuning in to the show will also hear the stories of a woman working at a high school for formerly incarcerated youth, a 23-year-old Honduran UCLA student who is gay and seeking political asylum, and an entrepreneur Chinese real estate.

Banner said she hopes the program will show students the strength of individuals to overcome challenges.

“There are a lot of shocking and sad facts about our society,” Banner said. “But as the series reveals, we have the tools, the heart and the ability to overcome our problems. I just hope the sooner people realize this, it will inspire people to stop and make a change for the better. “

The series can be heard live online at 4:30 p.m. Friday at kqed.org/listen.

In addition to airing every Friday on KQED throughout the summer and occasionally later this year, USC’s Neon Tommy will produce web content that correlates with the stories being aired.