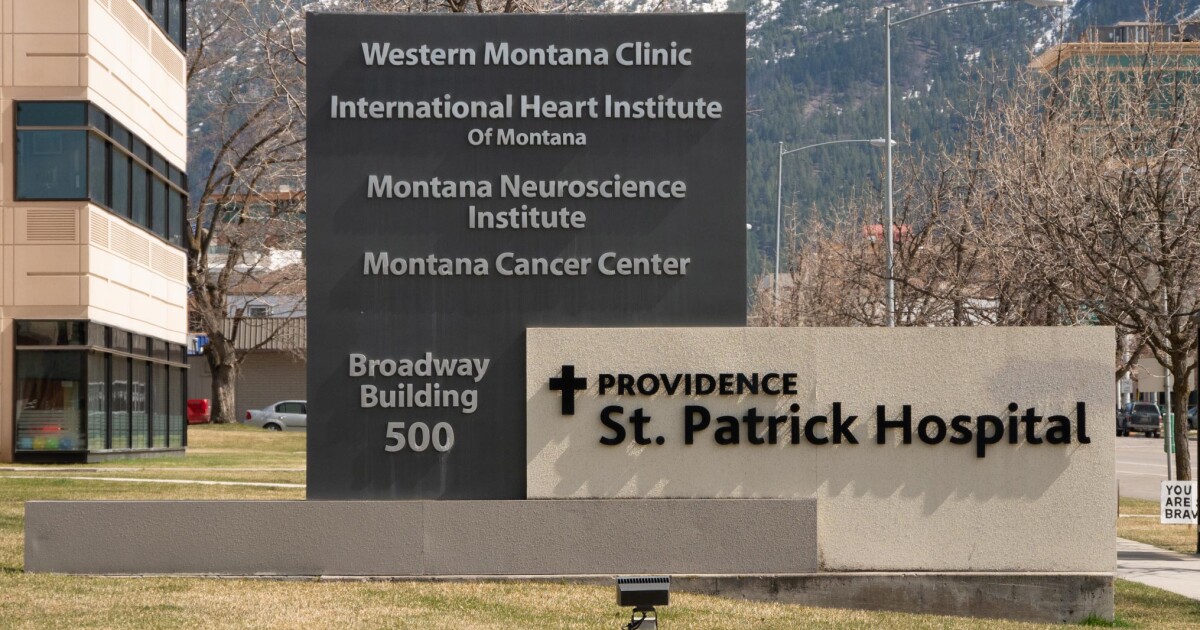 When the COVID-19 pandemic hit Montana, people across the state started screaming at a set time most nights to show their support for frontline healthcare workers.

COVID-19 cases in the United States and Montana are well below where they peaked earlier this year. However, the virus is still around and healthcare workers say they are being harassed by patients and family members due to restrictions meant to prevent the spread of the disease.

MTPR’s Freddy Monares spoke with Missoulian reporter David Erickson who recently dug into what Missoula hospitals are to protect patients and staff.

Freddy Monares: What are the rules in hospitals and what are they trying to accomplish?

David Erickson: So, hospitals have put in place a number of protections, programs and restrictions that they initiated during the pandemic, such as requiring masks and limiting the number of people who can be in certain rooms with patients. to the hospital.

Freddy Monares: And it’s meant to prevent the spread of disease, isn’t it?

David Erickson: Exactly. Yes, to reduce cases of transmission, to have fewer people in a room at any given time and also to protect healthcare workers who are in those rooms with patients.

Freddy Monares: And you reported that Providence St. Patrick’s Hospital in Missoula recently posted signage in front of its building warning that physical assault, verbal harassment and abusive language will not be tolerated. What have health care workers who experienced some of this abuse told you?

David Erickson: Beth Hock, who is chief nursing officer at St. Patrick’s Hospital, told me they’ve had a significant increase in incidents like this since the pandemic began. Verbal abuse, harassment, threats, sometimes – very rarely escalating into threats of physical violence – but, to get there. Like nurses and all sorts of hospital staff who face angry visitors and sometimes angry patients who are upset by these restrictions.

Every segment of the hospital staff had to deal with verbal abuse and very angry and emotional visitors and patients.

Freddy Monares: Yeah, you even reported the security guards, didn’t you?

Freddy Monares: So what are hospitals doing to help staff who find themselves in these situations?

David Erickson: Thus, the two hospitals in Missoula have implemented a number of programs. They’ve always had some kind of de-escalation training to teach these healthcare workers how to de-escalate a situation when someone is very emotional, angry, or upset. And it just helps them prepare in case they find themselves in those situations. But, I think they’ve kind of ramped up those programs during the pandemic, and they’ve put in place a number of protocols for them to call security personnel, and hospital security personnel also, you know, the ability to call law enforcement.

Hospitals are no exception. They were very clear about this. I mean, COVID is something they take very seriously and they don’t let anyone be an exception to those rules.

Freddy Monares: And I think it’s important to note that it’s not people, like getting kicked out of a restaurant or a movie theater, it’s people trying to be with family or friends during times difficult. Are there any exceptions to these rules?

David Erickson: Hospitals are no exception. They were very clear about this. I mean, COVID is something they take very seriously and they don’t let anyone be an exception to those rules. So I think from what it looks like, it led to a lot of those frustrations. A patient or visitor would request an exception, and because they’re emotional, it’s a very stressful time for them.

Freddy Monares: Yeah, I just think so too, the flip side, these medical professionals are trying to keep these same patients safe. Do healthcare workers still suffer from burnout because of these conditions?

David Erickson: Yeah. So, you know, Beth Hock told me that she thinks at least half of the caregivers at the hospital have faced these kinds of threats since the pandemic began — or abuse. And everyone I spoke to for this story said burnout and stress among healthcare workers is at an all-time high. And a number of healthcare workers at both hospitals have quit or quit out of frustration with what they’re up against, because they say that’s not why I got into this business, to make me scream. They came into the industry to help people and take care of people, they knew they would have to deal with emotional people sometimes, but not like that.

Often they are there to see a very sick, seriously ill loved one and they are emotional and want to visit them, and they don’t understand why they can’t all gather in one room to be around the loved one at last moments of their lives.

Freddy Monares: Did anything else stand out from what you heard from hospital workers?

David Erickson: Yeah, just that the hospital leaders I spoke to all understand the frustration that patients and visitors face. You know, it’s the most stressful time of their lives. Often they are there to see a very sick, seriously ill loved one and they are emotional and want to visit them, and they don’t understand why they can’t all gather in one room to be around the loved one at last moments of their lives. And hospital leaders understand that. But at the same time, they have to protect their staff. It is their main duty to protect their staff, to allow these caregivers to continue to care for other patients.

Freddy Monares: David Erickson is a reporter for The Missoulian, which recently covered how Missoula hospitals are training staff to handle threats and abusive behavior. David, thank you for your report.

David Erickson: Thanks a lot.