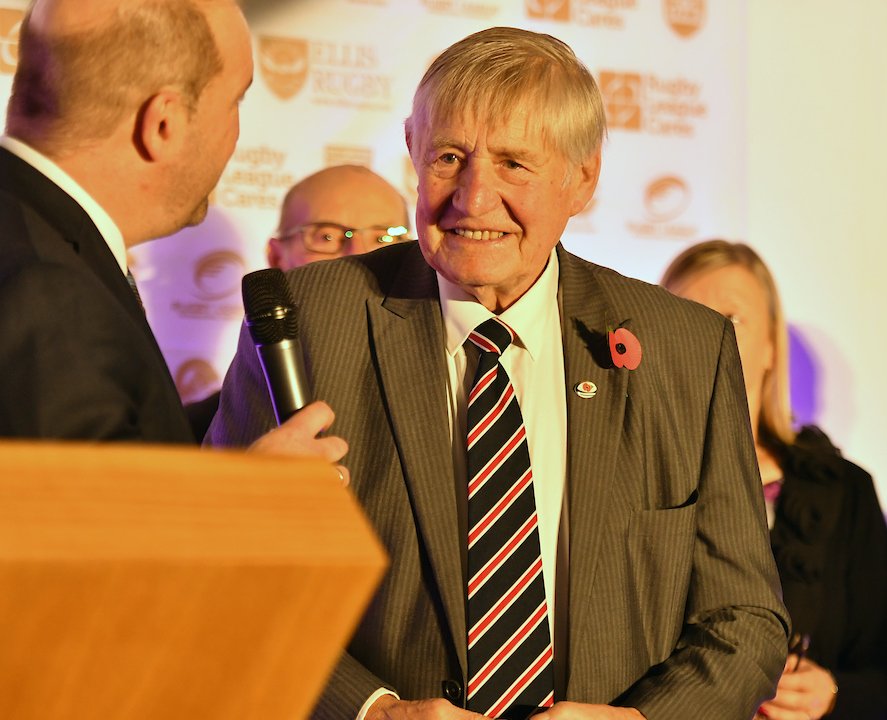 He spent his entire playing career with Hull FC scoring over 150 tries for the Black and White side while winning international honors with Great Britain and England.

The loose forward made three consecutive Yorkshire Cup finals in the 1950s before winning the league in the 1955-56 season, repeating the feat in 1958.

Having become skipper of Hull in 1957, it was a sign of the leader he would become as a manager in 1965 before spending time as manager of Hull KR in 1970. Around this time he also helped to oversee the last time a British team won the Ashes in Australia.

Clearly a rugby league legend, Hull FC paid him a fitting tribute ahead of their second round game with St Helens with a heartwarming poem read by the Hull FC chaplain before the match.

Tomorrow his memorial is due at 12.45pm to celebrate his life and rugby league career. It will take place at Hull Stadium with members of the public able to attend with details available here.

For those unable to attend, coverage of the memorial will be available on BBC Radio Humberside from 12pm. The service will include readings by Adam Pearson, Neil Hudgell, Keith Tindall and Tony Collins, as well as live performances by the All For One Choir.

Club chaplain Reverend Tony Cotson will lead the service while Mike White and Gwilym Lloyd will present the service on radio.

The war in Ukraine will boost low-emission technologies