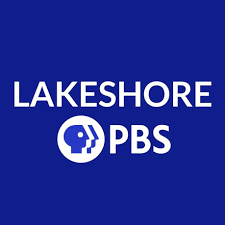 Lakeshore PBS broadcasts on Channel 56 live as well as on DirecTV, Dish Network and AT&T U-verse. Comcast Xfinity viewers can find Lakeshore PBS on channel 17 or 21. The live broadcast can also be viewed online at LakeshorePBS.org or through the free PBS video app.

Lakeshore Public Radio can be streamed on 89.1 FM, online at LakeshorePublicRadio.org, as well as through many streaming apps like Alexa, Spotify, TuneIn Radio, and iTunes.

“Northwest Indiana is often overlooked in Chicagoland’s television and radio landscape, which makes it even more vital that Lakeshore make this state-of-the-state speech so easily accessible to keep local residents informed. what’s going on with our state government, ”Lakeshore Public Media President and CEO, James A. Muhammad, said.

Each year, the Governor of Indiana addresses both houses of the state legislature, state Supreme Court justices, and other heads of state at the start of the legislative session in the speech on the state of the state. The speech gives the governor the opportunity to report on the state of state affairs, highlight the major accomplishments of the past year, and set priorities for the year ahead.

Lakeshore PBS will rebroadcast the State of the State speech on Sunday, Jan.16 at 9 a.m., followed by the State of Judicial 2022 broadcast at 10 a.m.

More information, including full program schedules, is available at LakeshorePBS.org or LakeshorePublicRadio.org.

Looking to advertise? Contact the Crusader for more information.

Scientists suck DNA from zoo animals out of the air