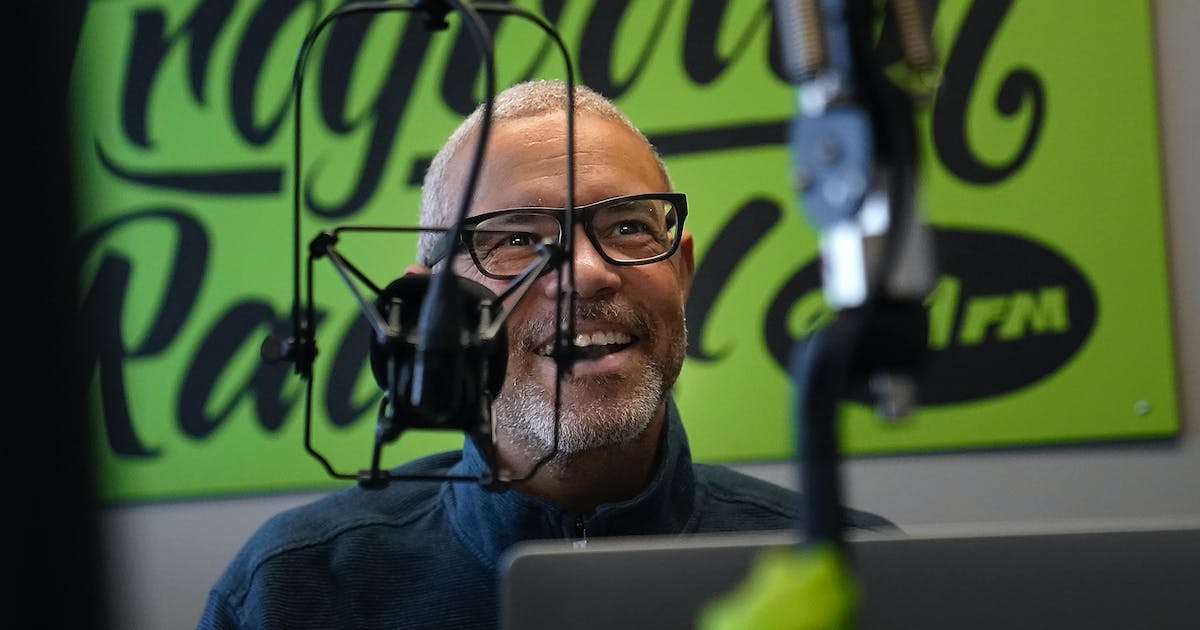 Low-power St. Paul radio station gets to the heart of Frogtown

For much of its history, St. Paul’s Frogtown is known more for the things it lacks – money, green space, high paying jobs – than the rest of the city.

Yet, thanks to Philip Gracia, Katharine DeCelle and the other volunteers who run WFNU Frogtown community radio, she has something that most other neighborhoods lack: an independent voice of her own.

Launched over five years ago and broadcasting to a range of around five miles on 94.1 FM, WFNU-LP (Low Power) offers Frogtown residents a platform to tell their stories, play their music and debate. of the issues most relevant to their lives.

“It’s a place where people can come and be heard,” said station DJ and co-manager Gracia when hosting his Friday program, “The Midday Escape,” from the station’s studio. near the State Capitol. “We’re trying to help them amplify their words … we’re trying to be the little station that could do it.”

Giving underrepresented communities a stronger voice was the idea behind the Local Community Radio Act of 2010, a federal law amendment that opened the airwaves for nonprofits and educational organizations to ask for a limited number of FM radio licenses.

WFNU was the second low-power station from St. Paul to be broadcast. WEQY in the Dayton’s Bluff neighborhood was the first, launched in 2015. Three other low-power radio stations have been licensed in Minnesota: Park Public Radio in St. Louis Park, the People’s Press Project in Fargo-Moorhead, and Two Harbors Community. Radio on the North Shore.

Over the course of its brief history, Frogtown Community Radio has gone from a folding table inside the Center for Hmong Arts and Talent to a small space in the basement of Faith Lutheran Church for, six months ago, a suite on the top floor of the Capitol. Ridge building. It offers 24/7 programming, with live programming between 6 a.m. and 10 p.m.

Almost three years ago, WFNU switched from a Frogtown Neighborhood Association program to its own nonprofit, Frogtown Tuned In. DeCelle estimated the station’s programming to be around 65% music. , 35% of talks and community affairs.

Caroline Harthun-Wooldridge is the pastor of the Faith Lutheran Church and hosts a show on the station from 3pm to 4pm every Wednesday – “The Woo Hoo Hour with the Preacher Lady”.

Unlike many of the more than 60 volunteers who work on air and behind the scenes, Harthun-Wooldridge is trained in radio. She obtained her undergraduate degree in broadcasting. She said she loved the way the station not only “gives Frogtown its voice” but trains area residents in all aspects of radio.

On her show, which features residents sharing their personal stories, guests are invited to suggest five songs that inspire them. “It’s such a joy,” Harthun-Wooldridge said.

Wendell Ward – known as DJ WOW on his Tuesday afternoon show – has volunteered with WFNU since its inception. Playing music by local artists is the goal of his show, but Ward said he also sees it as his mission to help connect Frogtown residents with necessities – like food and toilet paper.

The association he helped start, Feeding the Dream, provides food to families in need. He uses his radio show’s platform to tell people where to go for fresh food and other essentials.

“Without the WFNU, Feeding the Dream wouldn’t be as effective,” Ward said. “This station is really making a difference. We let people know what’s really going on. We have the power to give people access.”