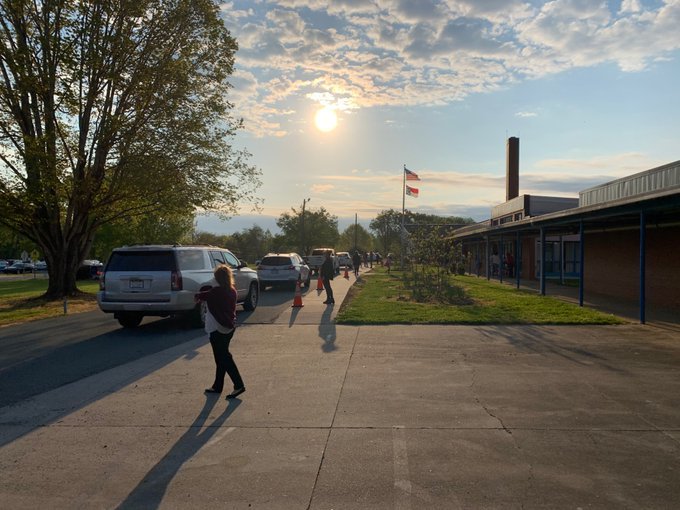 PITTSBORO — A few months ago, dropping kids off at Pittsboro Elementary School meant about six to 10 minutes of time sitting in the carpool queue.

From January 10, that means listening to six to 10 minutes of something a little more exciting: 92.7 FM WPES In The Morning, a radio segment with students to highlight news and events from the school.

“I get texts from parents like, ‘Today’s show was awesome,’ and it’s fun to have that kind of engagement,” said Pittsboro Elementary vice-principal Zack Chutz. “Kids are talking about it at school in the hallways, and they want to be a part of it – so it’s been pretty well received.”

Chutz came up with the idea during drive-in graduations at the start of the pandemic, when he noticed how short a student’s celebration was compared to the time he spent in line. .

“I started thinking about having a point of connection with people crossing,” he said.

He thought about drive-in movies and socially distanced radio shows, but in the end he landed on a morning radio show. Chutz worked with Pittsboro resident and friend Corbie Hill, who helped him master the Audacity audio software platform.

Now the show plays every day.

The minute-long pre-recorded segment plays on loop during carpool drop-off time for anyone on campus tuned to 92.7 FM. Due to privacy concerns and copyright law, the series does not currently have a public archive of past episodes, but Chutz has been thinking of ways to share episodes with members of the PES community.

One of Chutz’s favorite episodes so far featured students sharing what makes them happy, followed by the song “Happy” by Pharell Williams.

Fisher, a kindergartener, said (with an audible smile): “Uh, being in school and seeing my friends.”

“It’s just adorable, you know, 5-year-olds talking about something that makes them happy,” Chutz said. “And you hear the chatter from the room they were in when we recorded it. It’s just wholesome and comforting and really sweet.

The show has received a lot of support since its launch, Chutz said, which he hopes PES can one day turn into a fundraising arm for the school thanks to “WPES In the Morning” sponsors.

“I (loved) this innovative idea! Came in early for work just to sit in the parking lot to listen,” tweeted Amanda Moran, district assistant superintendent of academic services and instructional support. “What makes me happy is to see innovation and children highlighted in our schools. Folks, PES just raised the morning car line. A whole new level!”

Chutz wants to air 180 unique episodes in a school year. Although directing the episodes sometimes adds more stress and time to an already hectic schedule, Chutz said his efforts were worth it.

“It was a space for us to reach 70% of our employees who drop their children in the queue which was previously totally absent from any connection,” he said. “Gosh, mornings are stressful. It’s so hard to get your kids up, dressed, fed and out to get them into the building in time.

“And so if we can change that experience a bit for a significant part of our community, I think that changes the effect of the school day for everyone,” he continued. “It’s a small thing, but spread over a lot of people, has a big impact.”

Journalist Hannah McClellan can be reached at [email protected] or on Twitter at @HannerMcClellan.