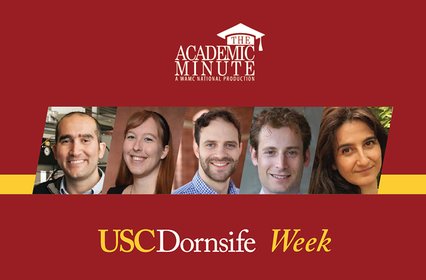 Monday, March 18: How microorganisms could help us think big

Tuesday, March 19: How Gay Dads Can Be Accessory Activists

Wednesday March 20: Which political group finds the most meaning in life?

Thursday March 21th : The role of genetics in academic success

Friday 22 March : The first responders in our bodies

The academic minute is sponsored by the Association of American Colleges and Universities.