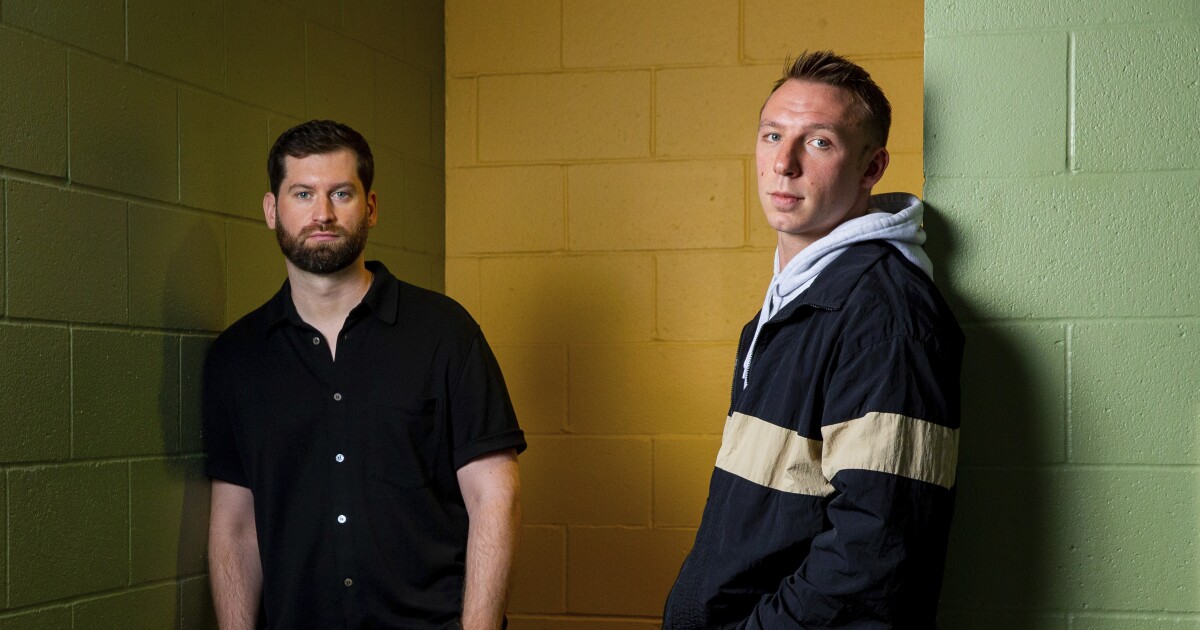 NEW YORK (AP) — After a four-year hiatus, electronic duo Clayton Knight and Harrison Mills of ODESZA are back with “The Last Goodbye” — a dance-friendly record that winks at friends and to the family who created them and continue to support them.

Taken off the road during the pandemic, ODESZA took the opportunity to reflect. The result is an experimental album but one that goes back to the band’s sampling roots.

Knight and Mills spoke to The Associated Press about the new album, the pressure creating a following after “A Moment Apart” received two Grammy nominations, and their excitement to resume touring.

Responses have been edited for brevity and clarity.

AP: What inspirations did you draw from when you worked on “The Last Goodbye”?

MILLS: When we finally started writing this stuff, COVID times and being trapped inside, we took a lot of time to reflect on ourselves, and we ended up diving deep into who we are and who we have become because we had basically been touring for seven straight years. And then suddenly: full stop. And that led to a lot of self-reflection. We ended up reconnecting with our parents, family and friends, and dove into ourselves. We started watching home videos and all that stuff from our past and recognized how much our parents were in us and how much we really missed and had gratitude for the people we loved around us. Little by little, we started integrating house sequences into our music. It became this journey of self, in a way.

KNIGHT: I think a lot of artists went through the same process during COVID. You have plenty of time to unpack things. Because you’re on tour so much, you don’t really take the time to think. And it was kind of a forced reflection. We had planned a short leave, but not three years.

AP: You mentioned that home recordings are on the album. Can you tell me more?

MILLS: There are a lot of our parents talking throughout. And even the intro of the record has a therapy session. The therapist recorded herself on my phone, almost like a guided meditation. I found this four years later and it started to touch on the themes we were talking about. It was a bit fortuitous and we ended up putting it at the beginning of the record.

AP: What prompted you to combine some of these heavier themes with a lighter sound?

KNIGHT: I don’t know if it’s really a decision. It just happens in the process. You know, again, going through COVID, unpacking all of this, there was a sense of this collective trauma that we all went through. So definitely it kinda seeped through. But on the other hand, we wanted this record to be something that brings people together in a festive way. So all of these different energies are intertwined in this disc.

MILLS: I feel the heaviness of thinking about your loved ones and how much they mean to you and how hard it would be to lose any of them, we think the best way to embrace that feeling and honor these people is also having a good time with them while they are here and enjoying their company and partying together. And I think that’s a big part of that, is that we wanted to make sure that this record is still celebratory, even if there’s heavier stuff being talked about.

AP: Are there any other samples or techniques that people would be surprised to learn that you used on the album?

KNIGHT: Well, we like to keep the record going. Thus, the disk itself is a loop. If you listen to it from beginning to end and let it repeat itself, it will play in a way that makes it transparent. So that’s one aspect. But yeah, a bunch of little found sounds are in there, various recordings, atmospheric party stuff going on in the back. There’s all these little things that we like to put behind the music, just to give that kind of energy, the vibe that I think really adds character.

MILLS: We went back to a more sample-based direction. That’s what we grew up coming from a hip hop and electronic background. We like to take things, cut them up and reinterpret them in some way. And this (album) I think is an ode to that.

AP: How do you decide which artists to bring on the album?

MILLS: It’s difficult. I mean, we send a lot of messages that never even get a response, so you never know. Usually we try to connect with people who don’t really live in our space. It’s exciting for us to cross genres. For example, Bettye LaVette, even though (“The Last Goodbye”) is a sample-based song, you might never think we’d do a track with that kind of vocals. And that’s what’s exciting for us is making those things that seem unexpected or shouldn’t work together feel cohesive and right.

KNIGHT: You’re looking to have that kind of conversation where you take them out of their comfort zone. They take us out of our comfort zone. And that usually ends up being the best thing, when you push and pull in a way that might feel a bit weird at first, but end up landing on something truly unique.

AP: After the success and two Grammy nominations for your last album, “A Moment Apart”, was there more pressure to write this record?

MILLS: I think there’s always pressure. It’s our career, so you want it to succeed, you want people to like it. But at the end of the day, I think the bands we look up to and the people whose music we really love have always done what they really love. And we tried to rely on that and listen to our guts and make the music that we wanted to make without thinking about it too much.

AP: Your music really lends itself to concerts. What does the performance look like to you and what do you get from the audience?

KNIGHT: Well, it’s been a bit now, so we’re a little rusty, but we’re doing rehearsals right now. But yeah, there’s no better feeling than going out and playing the music you’ve been working on and seeing the real fan reaction in a physical way. You know, getting those comments is something you get addicted to and we absolutely love it.

AP: The title of the album comes from the song by Bettye LaVette, but there are no hidden messages, are there? Isn’t this your last goodbye?

KNIGHT: No, we’ll do more. But it definitely plays into the themes of where we come from, who made us who we are today, and the people around us. “The Last Goodbye” we hope we say there may not really be a last goodbye. They are always with you and you carry them forward in various ways.