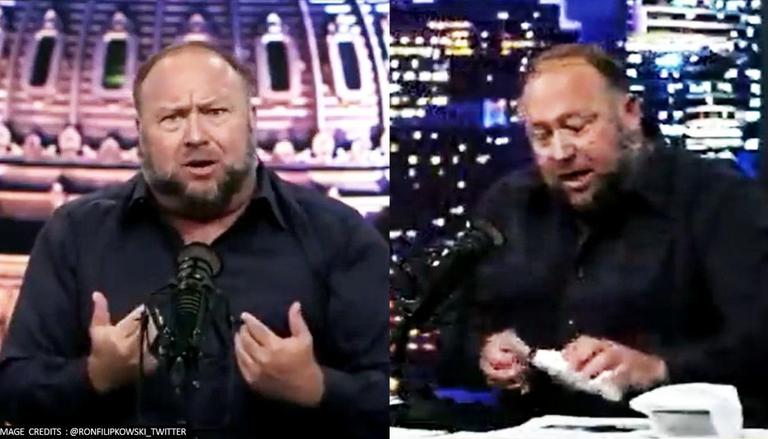 Radio show host Alex Jones, who hosts his own Infowars show, appeared to take several pills of ivermectin, a pest control drug onscreen. It should be mentioned that the drug has been used by many to treat COVID-19 despite the World Health Organization (WHO) warning against its use. Jones apparently took the drug during his show and said he and his family use it to stay healthy. He also launched a rant against US infectious disease expert Anthony Fauci and Microsoft founder Bill Gates.

Alex Jones, who is known for his controversial and harsh remarks, once again made headlines with a public stunt on his show. To prove that he uses ivermectin to stay healthy, Jones took two pills from the box to prove he is safe. Jones launched a rant and criticized Anthony Fauci, director of the National Institute of Allergy and Infectious Diseases, and billionaire Bill Gates, and called them “murderers.”

Taking on the health expert and billionaire, Jones said, â€œYou want to kill me, you want to kill me. Do you think I’m easy to kill? On the screen. The talk show host then shouted “Nobel Prize for Humans” five times into the camera. While he was visibly angry as he made the rant, Jones was unclear in most parts of his hate speech. The host then yelled at how the drugs had helped his family.

During the rant, Jones alleged that Fauci “doesn’t want you to know this because he wants the planet for himself and he wants you dead.” Last week, the health expert warned people against using the drug indicating the lack of evidence regarding its effects. Meanwhile, Jones also defended podcast host Joe Rogan, who tested positive for COVID-19 on September 1. Following news of the infection, Rogan had announced that he had started his own unapproved treatment regimen with ivermectin. The host of the popular “The Joe Rogan Experience” podcast previously shared anti-vaccination sentiments on one of his shows in April.

Alex Jones reveals that he and his family took ivermectin and he’s taking it live to prove it. Two things: 1. I froze this frame by frame like the Zapruder film, and I think I see a little bit of hand. 2. His behavior afterwards should not make anyone want to take him! pic.twitter.com/kIV8GUJGJ3

What is â€œdeworming medicineâ€ ivermectin?

Ivermectin has been considered a horse dewormer by some media, while the drug is also used to treat certain conditions in humans. The drug in question is on the WHO essential drugs list. Earlier in 2015, two scientists won a Nobel Prize for discovering the drug. However, some people have taken highly concentrated versions of ivermectin which are meant to treat parasites in horses and cows to treat COVID-19 despite the lack of evidence of its effectiveness. The United States Food and Drug Administration (FDA) recently warned against using the antiparasitic drug Ivermectin to treat patients with coronavirus. The FDA in its statement said “humans are not cows and should stop taking the drug.”