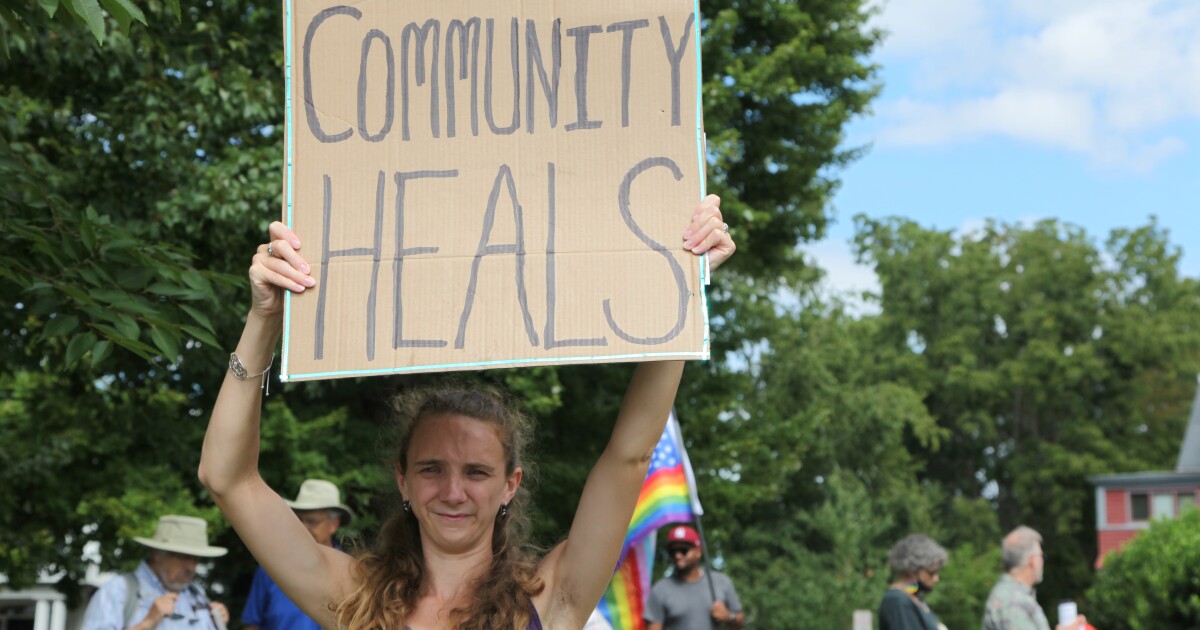 Rally against hate groups in Nashua

About 50 people gathered in downtown Nashua over the weekend to rally against racist groups that have appeared sporadically in the city and elsewhere in the state.

Nashua Mayor Jim Donchess welcomed protesters and said the city was concerned after a white supremacist group of about 15 marched last week, handing out flyers with messages attacking immigrants.

“Nashua is a loving city; hate has no place here,” he said.

Among the participants were people who have lived abroad for many years and who have come to stand up for diversity.

Sonrisa O’Toole is an American who grew up in Honduras. She has fond memories of this country, so when she saw a flyer circulating in Nashua with hate messages against a Honduran immigrant, she felt angry.

She heard about the flyer after someone from Honduras showed it to her.

“This person told me that maybe she shouldn’t say where she’s from. He’s worried, and that’s not fair,” O’Toole said.

She said her immigrant friends are reluctant to come to rallies because some feel unsafe, especially if they are undocumented.

Eduardo Vargas and her husband don’t think New Hampshire is a racist state, but recognize that hatred and homophobia are growing in some areas.

“We avoid these areas; we don’t want our child to be surrounded by this,” he said.

Vargas says calling all Latinos “Mexicans” was the first misconception he encountered.

The demonstrators chanted in Spanish and English that they were united in the fight against discrimination. They also sang.

Maria Perez, a Latina state representative, organized the rally after people asked her about the response from the Hispanic community.

“We have to show them that our community is united,” she said.

Perez thinks more elected officials should speak out against hate groups and said more needs to be done at the state level to protect immigrants and other minorities.

Ben Bacote says he has experienced racism in the healthcare industry, where he feels people treat him differently as a black man. He was irritated by recent events he saw on Facebook. He came to the rally with one goal: “To resist the influence of a minority that is becoming very strong,” he said.

Bacote said it appears some hate groups have surrounded New Hampshire as a battleground state. “It’s unacceptable to me,” he said.

The lawyers said they planned to hold further rallies to protest the influence of the Proud Boys in Manchester.