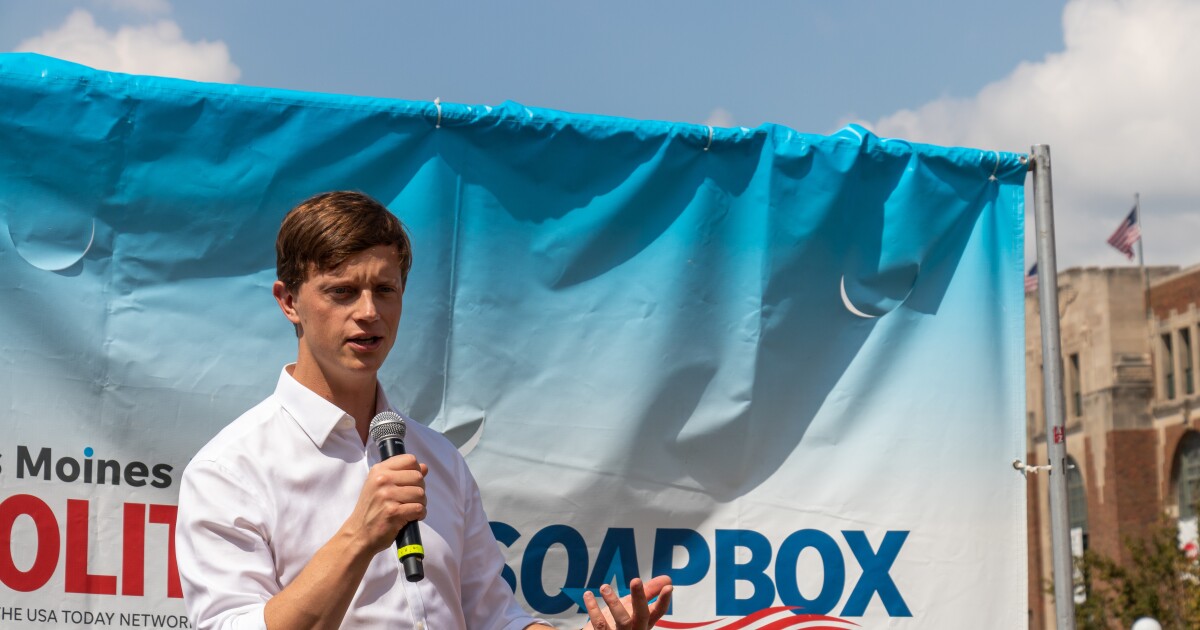 Rob Sand says he registered as an independent when he first registered to vote, and he doesn’t believe one party has a monopoly on good ideas. During his first term as auditor, Sand said his leadership team included a Republican, a Democrat and an independent.

“I don’t want a conversation where everyone is looking at something from the same angle, trying to decide what it is,” Sand said Tuesday at the Monks Register Political soapbox at the Iowa State Fair. “I want a conversation where people have different viewpoints that they share with me so we can make sure we’re looking at something from all angles.”

Sand was at the fair to advocate for a second term, touting efforts like his Public Innovations and Efficiencies (PIE) program for state and local governments. He says officials in Mississippi reached out to him about adopting the program in their state. Sand also touted the hiring of four law enforcement employees who could help his team’s investigations defend themselves in court.

He told the small rally at the fairgrounds that he wanted an office that could help the state run more efficiently and hold people accountable when they try to steal taxpayers’ money. And, says Sand, he wants everyone in Iowa to feel that his office is watching over them.

“I want you to come to our office, and I want you to tell me things that people in positions of trust and power have done wrong. And it doesn’t matter who they are, how they’re registered, or who they vote for. We will take these complaints seriously,” he said.

In May, Governor Kim Reynolds told supporters at a campaign event that she wanted a listener who didn’t try to sue her every time they backfired. Sand conducted several investigations into Reynolds’ office, including his use of COVID-19 relief funds to pay staff salaries and purchase a software system. Reynolds’ office returned that money in late 2020 after the U.S. Treasury Office of Inspector General claimed it was not an authorized use of CARES Act money. But Sand says his office has also conducted investigations that have shed a favorable light on the Reynolds administration, such as one earlier this year showing that Iowa health officials accurately reported COVID-19 data to the during the first year of the pandemic.

Sand faces a challenge from Republican Todd Halbur, who is scheduled to speak from the podium on Saturday.