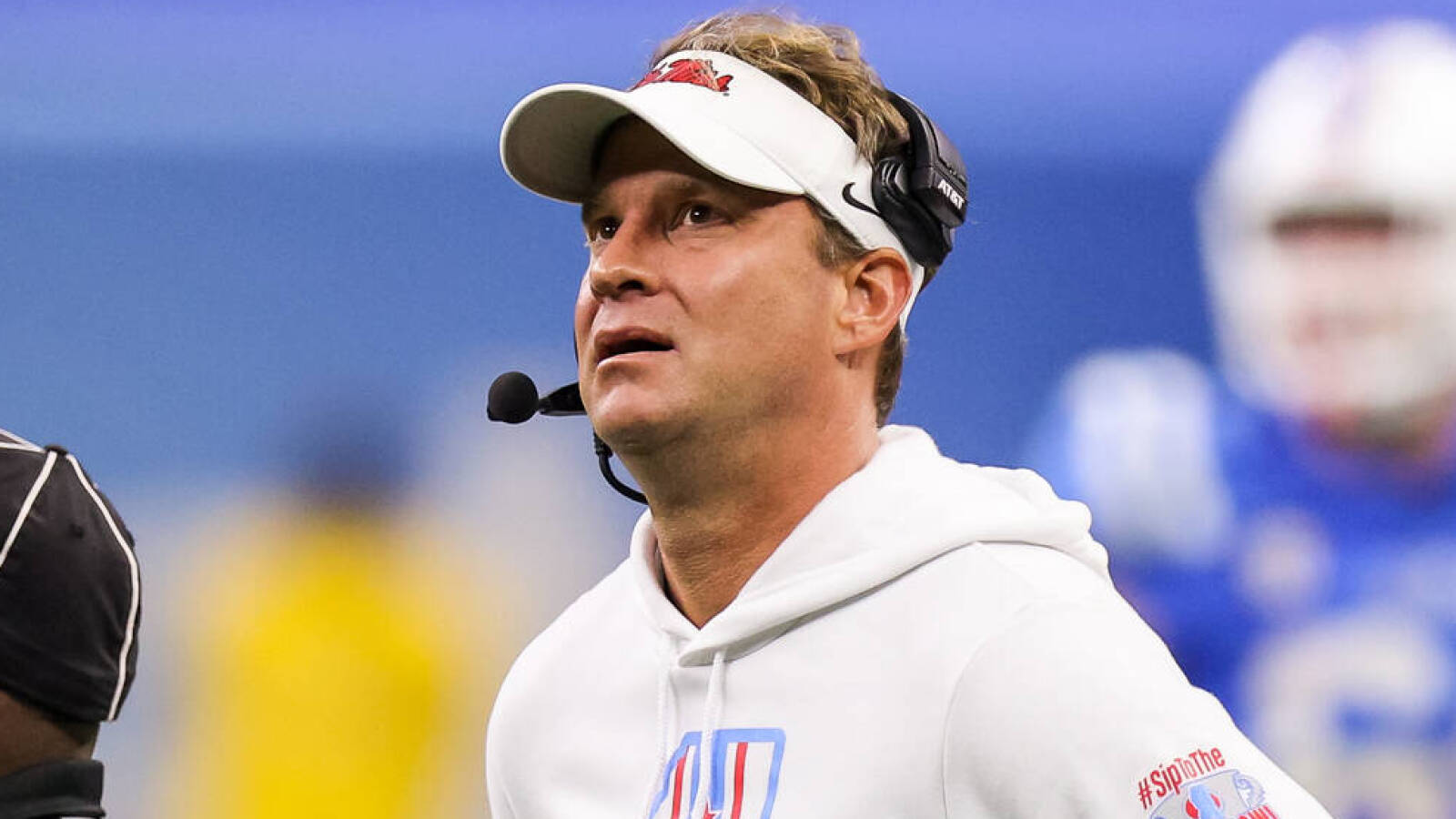 SEC Commissioner Greg Sankey isn’t happy with the war of words that erupted this week between Nick Saban and Jimbo Fisher, and he doesn’t want Lane Kiffin drawing further attention to the feud.

Kiffin is a regular guest on “The Dan Patrick Show,” and he was supposed to appear on the show on Friday. According to Patrick and company, Sankey did not allow it.

“Lane Kiffin was going to come, but the SEC commissioner asked him not to comment on the situation of Nick Saban, Jimbo Fisher,” said Patrick, via Erik Hall of the Mississippi Clarion Ledger.

Paul Pabst, the show’s executive producer, later noted that Sankey didn’t want the SEC coaches speaking to the media on Friday. The decision came after Sankey released a statement expressing his disappointment with the public feud between Saban and Fisher.

“Southeastern Conference members set expectations for conduct and sportsmanship that weren’t met (Wednesday night or Thursday),” Sankey said. “One of the hallmarks of the SEC is intense competition in a collaborative environment. Public criticism of any kind does not solve the problems and diverts attention from finding solutions to the problems facing college athletes today.

“There is huge frustration over the lack of consistent state-to-state rules around name, image and likeness. We need to work together to find solutions and that will be our focus in future meetings. SEC Spring Break.”

What Sankey won’t admit is how good the Saban-Fisher feud will be for the ratings. The Oct. 8 game between Texas A&M and Alabama has suddenly become the biggest on the college football schedule. It’s obviously good for business.

Saban expressed concern about the NCAA’s new name, image and likeness rules at an event Wednesday night. He said some schools abused the rules by paying recruits, and he distinguished Texas A&M. Fisher was furious and absolutely landed on Saban the next day.

Episode 5 of the unbeatable radio show is a surprise