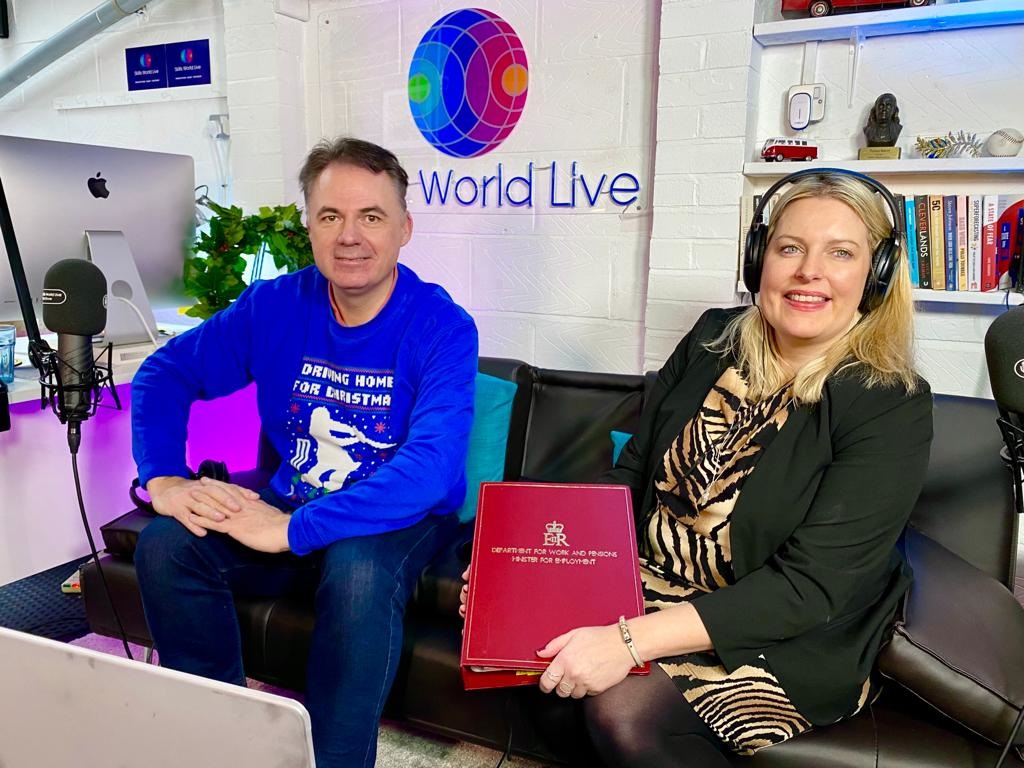 Prior to entering Parliament, Mims was previously a DJ on local BBC radio. So the Skills World Live production team was honored to record an episode with Mims, which focused on how the Department of Work and Pensions worked to prevent a public health crisis from turning into jobs crisis during the pandemic.

With better than expected employment figures (4.2% unemployment), including a record number of vacancies (1.2 million) in the UK economy, Mims and Tom interviewed guests who were first line to deliver these awesome results:

Segment 1 – The response to the pandemic

Segment 4 – The role of entrepreneurs

David Gallagher, Member of the Board of Directors of FAB and Managing Director of NCFE
Paul Eeles, Director General, Skills and Education Group

Throughout the show, Mims and Tom shared their passion for music, playing a mix of classic Christmas songs and tracks that reminded them of the seasons past. Check out the show’s Spotify playlist on SkillsWorld Live to listen to all the tracks on the show.

This episode features tracks from: