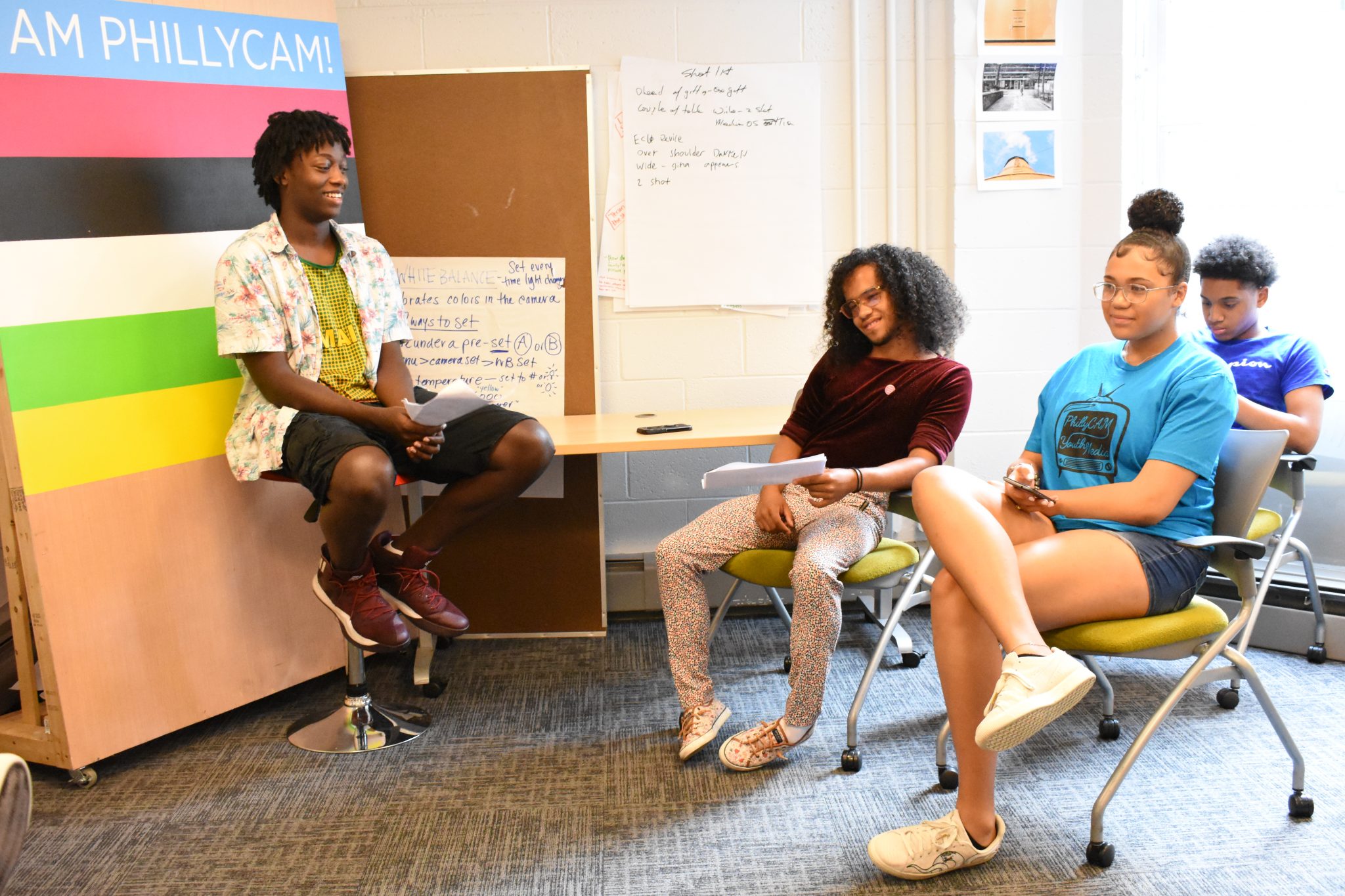 The question, envisioned by a dozen teenagers, would serve not only as a premise for the upcoming live broadcast on WPPM 106.5 FM but also as the foundation of the whole. Listen to us show, a product of the Youth Media program of PhillyCAM.

Over the past two months, 15 young adults from across the region, including residents of South Philly and students at Philadelphia High School for Creative and Performing Arts (CAPA), have immersed themselves in media studies with PhillyCAM. Based in Center City, the community media center, which works to “create and share media that promote creative expression, democratic values â€‹â€‹and civic participation,” recently established its Radio-Focused Youth Project with a grant from the Philadelphia Cultural Fund.

“WPPM, in particular, seeks to give a voice to those under-represented in the media,” said Vanessa Maria Graber, responsible for the WPPM station. â€œâ€¦ Community radio and public access television have long provided space for those under-represented in the media. really strong youth media programs. So knowing that, we aspire to be able to provide that space here in Philadelphia as well, especially since, again, there really isn’t any youth radio shows on the FM dial right now.

Although more than 40 students signed up, only a handful were selected for the workshop, which not only taught young people how to become insightful information consumers, but also information producers with the aim of diversifying them. newsrooms and raise the voices of young people.

Throughout the summer, the students, who also received stipends for the work, were introduced to an array of news gathering, storytelling and multimedia techniques, which they translated into three episodes of Listen to us, a variety show broadcast on WPPM 106.5 FM that was aimed at teen listeners.

â€œThe youth program is based on media literacy,â€ said Ariel Taylor, Youth Media Coordinator for PhillyCAM. “So, hoping that students understand and question the media, giving them a better understanding of representation and giving them access to technology and tools … career that would ultimately help to diversify newsrooms, channels of television and the media in general.

Fostering a range of media skills, the 15 students took on a variety of roles, such as hosts, producers, interviewers and editors, to deliver shows that targeted local youth.

From local music and college applications to police brutality and immigration, Listen to us strove to capture the psyche of local teens.

â€œYoung people are not heard because our thoughts and ideas and everything we want to say is not valid, because we are young or inexperienced,â€ said Raven Lewis, a second year CAPA student. â€œIt’s our way of making ourselves heard. The radio show is all about making our voices heard and covering topics that many young people go through and do not know.

Each of the three shows, which included two pre-recorded episodes and a live broadcast, centered around different themes, including stereotypes and unity.

In one episode, students discussed the place of school uniforms in the context of the First Amendment.

The teens asked if the uniforms questioned freedom of speech as a form of personal expression.

â€œI think it’s important to broach different topics,â€ said Denim Stanback, a CAPA recruit. â€œIf we stay on a game, the conversation doesn’t extend. Our thoughts go hand in hand, so if you continue on one topic you won’t get anything else out of it.

Since the majority of high school students are too young to vote, show attendees say the radio show is an effective platform for them to voice their own concerns about society while raising the thoughts of their peers.

The segments, which were linked together through locally produced music, upcoming youth events and more, featured guest speakers and interviews with men from the streets.

â€œThe goal was to make the voices of young people heard,â€ said Dylan McKinley, second year CAPA student. â€œA lot of children, when they talk about issues today, are excluded by the voices of adultsâ€¦ I hope the audience knows young people – when they discuss social issues – that their thoughts are valid. “

The three CAPA students are The Media Design TV and Video program specializes in high school as the program introduces them to graphic design, commercial art, advertising, television, and digital film production.

However, as the staff at PhillyCAM point out, there are a limited number of media studies programs offered in public schools in Philadelphia.

This shortage particularly compounds the need for the Youth Media program at PhillyCAM. Along with its already existing television segments, the program will continue Listen to us this fall through extracurricular sessions, as it aims to produce new content and gain more listeners.

â€œI want (the public) to know that we actually know things,â€ Lewis said. â€œTo be honest, we want teens to listen the most, but if adults are listening, they just need to know we’re there. We’re listening. We know things, and we want to change things too.