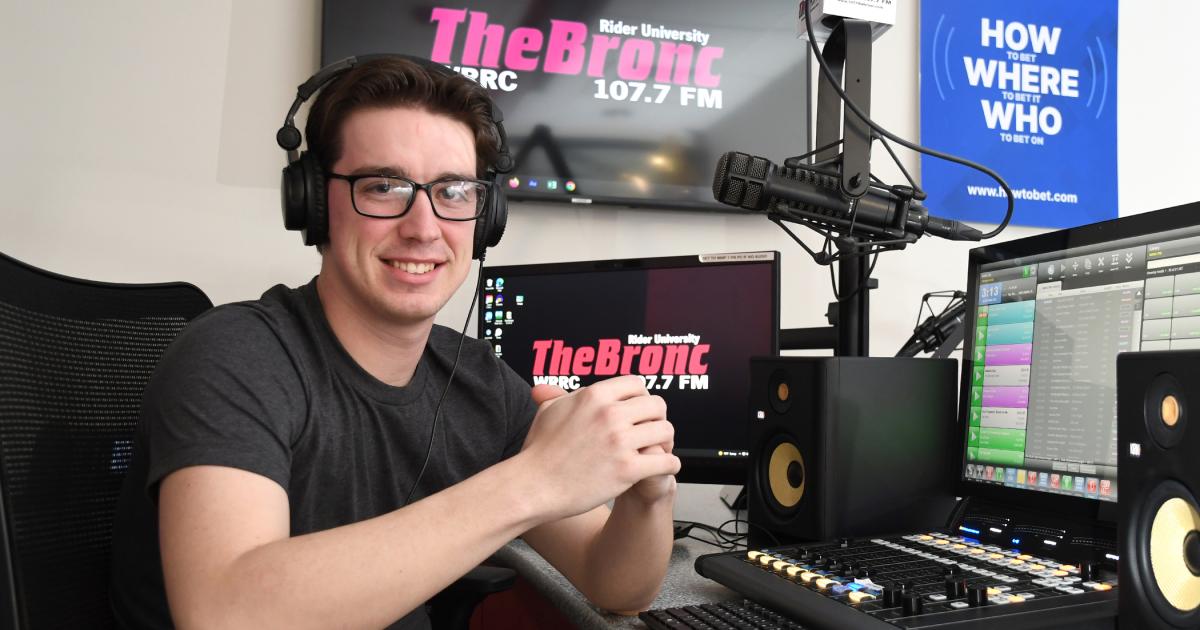 It was one of six programs from student-run radio stations Rider, The Bronc, and The Bronc Retro, which was nominated for the 2022 awards. The Intercollegiate Broadcast System Media Awards honor outstanding radio station programming colleges and universities across the United States

“This award is pretty special to me,” says Harrington, senior sports media manager. “To think that I can be recognized as a national winner is always very crazy for me. It just goes to show that all of my hard work to make this show my own has paid off. I’m really grateful.

Harrington joined the radio station last spring. As a student of transferred sports media, he was looking for a hands-on learning opportunity, and the station offered just that.

“I started to follow seniors. I ended up replacing them once they graduated,” he says.

Extra time covers local, regional and national sports scores and highlights. “I keep my show fresh by trying to wrap up the most relevant sports news for listeners while trying to be entertaining,” says Harrington.

The Bronc Retro is Rider’s online-only station. This year’s IBS Media Awards marks the first nomination – and first win – for the new station.

107.7 The Bronc is consistently recognized for its outstanding programming at the state and national level. Recent honors include multiple nominations for the National Association of Broadcasters’ Marconi Radio Award for College Radio Station of the Year, high rankings in Princeton Review, and multiple wins for “Best College Radio Station” by the New Jersey Broadcasters Association.

The radio station also hosts a number of highly anticipated campus traditions, including Scream Screen, a drive-in movie and trunk or treat experience, the Eggscellent Egg Hunt, a classic large-scale egg hunt, and Cruisin’ From Commencement, which allows a member of the promotion to win a brand new car.