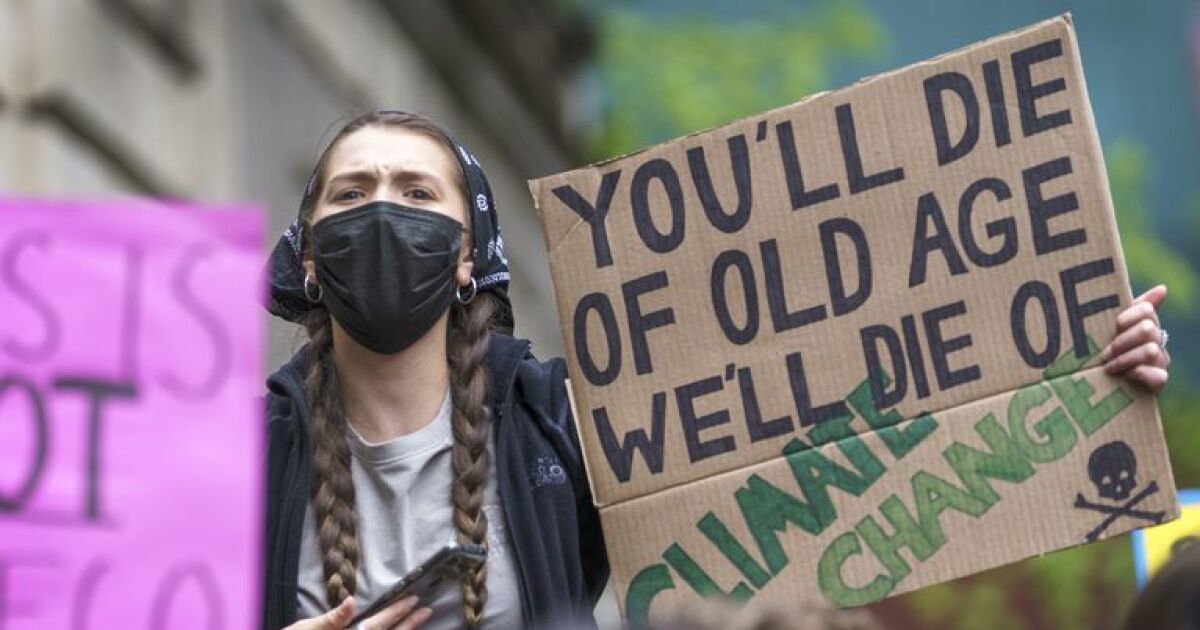 Young people in Oregon say they feel these emotions about the impacts of climate change, according to a study released Tuesday by the Oregon Health Authority.

The agency’s report, Climate change and youth mental health in Oregon, highlights how extreme weather events such as wildfires, heat waves, snowstorms and droughts cause fear, frustration and despair among young people. The OHA has partnered with University of Oregon Suicide Prevention Unit to host virtual focus groups with interviewees aged 15-25 and professionals working in mental health, education and public health.

“We want to see more support for youth mental health in schools and in our communities,” said Mecca Donovan, a 23-year-old from Eugene. “We want to see young guests at the table and in the decision-making.”

Donovan, who helped facilitate the focus groups, said she wanted to see more accountability and recognition of the challenges young people face.

A key finding of the report is that young people often feel rejected by older generations and are not taken seriously by elected leaders.

“Burnout is really, really bad,” said Eliza Garcia, a recent UO political science graduate. “I think that’s the biggest thing I’ve felt within the movement and the biggest thing I’ve had other people my age or younger than me talk to me about is is just the burnout that comes from having to feel like we’re doing this on my own.

Garcia said she felt compelled to focus on climate justice because more action was needed.

“I really felt like I had to work on it and I was like, ‘If I’m not working on this issue right now, then what am I doing? “, she said.

Garcia said she turned down events and opportunities so she could fight climate change and the pressure affected her mental health. She said she was particularly concerned about young activists.

“Now there are kids, you know, in middle school, like in early high school who are getting into it and when you start so young, I can see those kids are already burning out and they’re aren’t even 20 yet,” she said.

Andres De La Rosa-Hernandez, 25, is a Peer Support Specialist in Monmouth. It offers support to people between the ages of 14 and 25 and helps them cope with life changes or problems they are going through. He said all the information about climate change that young people receive on social media is a major concern.

“They see an article about melting polar ice caps or rising waters, something like that, it’s hard for them to focus on what they’re working on when they think about how the world is ending around them,” De La Rosa-Hernandez said.

He said he also felt the same exhaustion from having to deal with so many things at once. Most of the people around him also feel the same way.

A conversation he has had with his wife on several occasions is whether they want to have children and what their future will look like. De La Rosa-Hernandez said they wondered if they really wanted to bring a child into such an uncertain world.

Another emotion De La Rosa-Hernandez deals with is survivor guilt. During the 2020 Labor Day fires, he said he received messages from friends that their homes were on fire or needed to evacuate. This prompted him to pack his bags and be ready to go, but his area did not have to evacuate.

“While I was so grateful to the universe that I didn’t have to evacuate, I didn’t lose all my stuff, I stopped and thought of everyone who lost things and are left with a survivor’s guilt of ‘why was it me??’ he said. “Is this just the neighborhood I live in? Why did the universe I guess somehow punish them and not me?

Julie Early Sifuentes, OHA program manager and lead author of the study, said the report was designed to make young people’s voices heard and to better understand the steps needed to help young people have hope. She said she hopes the report will spark conversations between families and local organizations and inform policy decisions within state and city agencies.

The OHA has completed the report under Executive Order 20-04 of Governor Kate Brown which orders state agencies to take action and regulate greenhouse gas emissions and study the adverse effects of climate change. The report concludes on the importance of power-sharing in decision-making about climate and mental health policies and solutions. He also suggested increasing funds for mental health services to provide schools and communities in need.