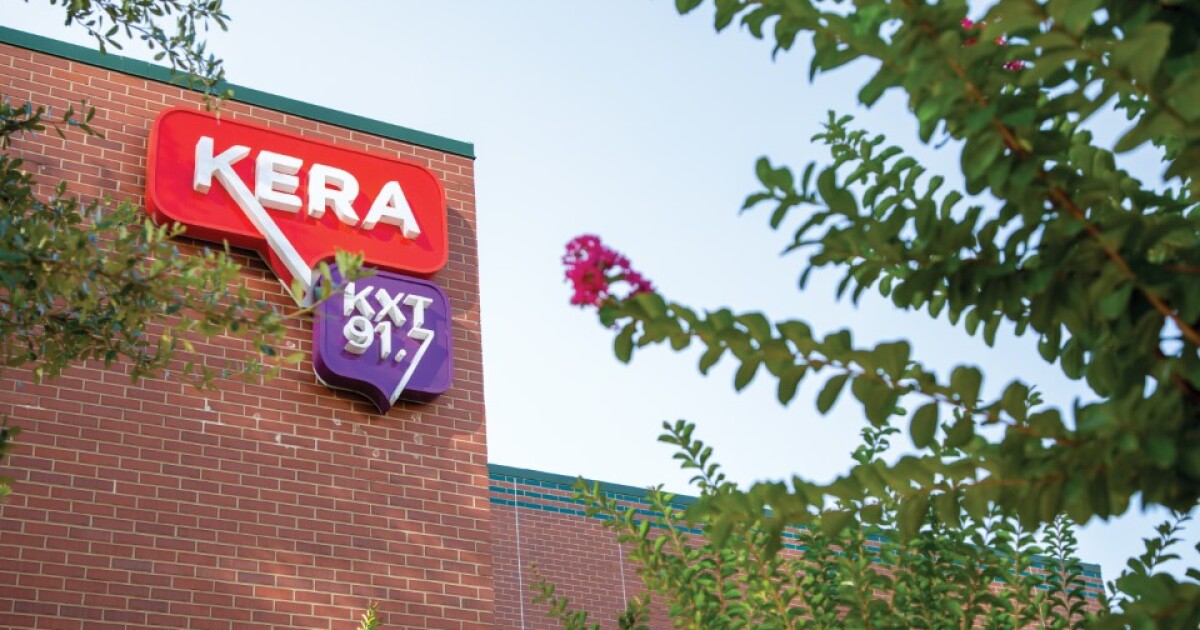 There are the old radio stations, and then there is the Dallas WRR. As the first licensed radio station in the state, it began broadcasting police and fire transmissions. Finally in 1964, they definitely switched to a classical music format.

KERA President and CEO Nico Leone said his age was not his only point of differentiation.

“WRR is a century-old classic station owned and operated by the City of Dallas,” he said. “For decades it was just a mainstay of the arts community, a free service available to everyone, offering classical music and covering the arts.”

Last year, Dallas officials decided they no longer wanted to run the station and issued a request for proposals from interested parties who might want to take the reins. KERA made their bid, and with their selection as the preferred organization, they are much closer to winning that bid. Leone said their goal was simple.

“We are a public broadcaster. We have been one for over 60 years. We operate an NPR station, a PBS station, a triple-A music station,” Leone said. “And the one format that we don’t have in our family that really thrives in public broadcasting is classical music.”

And in fact, NPR stations across the country operate classic sister stations. It is much more difficult in the commercial field.

“One of the challenges the city has identified is the sustainability of the station as a conventional station in the commercial space. There just aren’t many classic commercial stations left,” he said.

Some fans may fear that the format will change. Leone said no.

“Our explicit intention and the requirements of the RFP (request for proposal) is that WRR will remain a classic station,” Leone said.

All this assumes that KERA will win the contract, but it is not yet certain.

“It goes to the arts and culture quality of life committee for a hearing on Monday May 16, then it is tentatively scheduled for a vote with the full council on (in) June,” he said. declared.

If KERA wins the vote, Leone said WRR would not leave its historic location on the grounds of the State Fair of Texas. He hints that KERA might partner for projects with classical music entities like the Dallas Symphony Orchestra and the Fort Worth Symphony.

“I think this is one of the most exciting opportunities for us. And KERA has such a long history of working in the arts, bringing artistic content to the public,” Leone said. “We think it’s just another way to do this and a way for us to expand our work in this area and in the community.”

The first chore after the vote would be the plan to convert the WRR from commercial to non-commercial. And then grow it.

“We have an eye on the sustainability of the station by converting it to a non-commercial station. We haven’t gone into all the details of how we would do that because we’re just not at that stage of the process. But growth is our explicit goal,” he said.

If the City of Dallas awards management to KERA, it is only a management contract. WRR will continue to be owned by Dallas.

Editor’s Note: Texas Public Radio and KERA are both part of The Texas Newsroom, a public radio journalism collaboration. KERA reporters were not involved in reporting or editing this story.

Maintaining the Covid setting for the BA5 variant