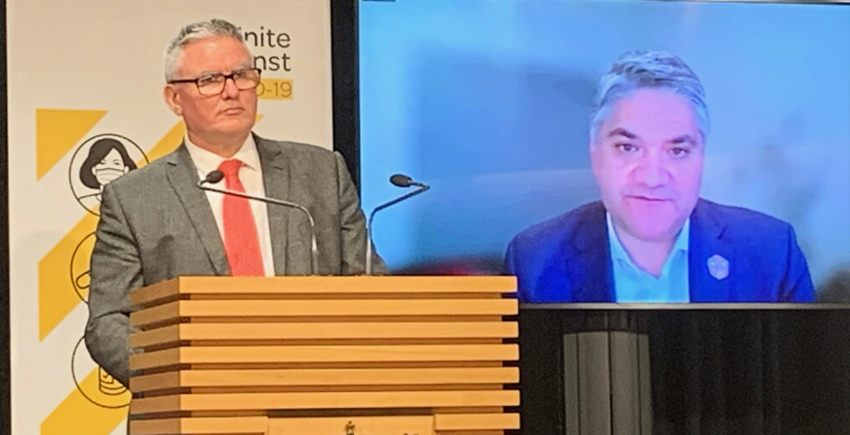 Decision-making and resources to be transferred to communities, with children and whÄnau at the center of the system

A new operating model, with better support and training for social workers

Without notice, uplifts should only be used after proper engagement with whÄnau

The government has accepted all of the recommendations of the Ministerial Advisory Council set up to provide advice on how to fix the child care and protection system, Kelvin Davis said.

The changes will result in a major shift in decision making and resources at the local level, enabling communities to work with Oranga Tamariki in preventing harm against children.

Oranga Tamariki has also been given a clear directive that increases, or orders without notice, should only be used as a last resort.

â€œThis report will end the uprisings as we have known them. While it is always necessary for some children to be in care, this should only happen after all avenues with the community and whanau have been exhausted, â€said Kelvin Davis.

â€œCommunity-led prevention is the most important thing for me in this report – our communities have the answers and Oranga Tamariki needs to work with them to prevent children from being taken into care. “

The Council was put in place earlier this year after a multitude of reviews and investigations into Oranga Tamariki’s conduct.

He was unable to provide assurance that Oranga Tamariki’s operating model and practices are suitable for their purpose. Therefore, the government accepted all of its recommendations.

â€œWhen I appointed the board, I asked them to go to the root of the issues with Oranga Tamariki and be completely honest with me about what he found,â€ said Kelvin Davis.

â€œWhat they provided was a compelling and powerful report and I am happy to say that the government accepted all of their recommendations. From the start of my term as Minister, I have been committed to fixing the child welfare system and these changes will go a long way in doing so. “

The agency’s failures have been well documented, including traumatic uprisings, poor relations with Maori and pressured social workers.

The need for change has also been known since 1988 with the publication of Te Puao Te Ata Tu alongside more recent investigations and reviews including the Waitangi He PÄharakeke Tribunal report.

â€œThere will always be a role for the state in protecting our most vulnerable children, but the approach taken to date has put the state at the center,â€ said Kelvin Davis.

â€œIt has undermined the ability of communities to ensure the well-being of children and their whÄnau. Our employees often know what is best and must be empowered to make those decisions at the local level.

To ensure these changes are implemented, an action plan aligned with the themes of the recommendations has been developed, with an independent governance board established to ensure progress remains on track.

“It is important to recognize the demanding and difficult work undertaken by the staff of Oranga Tamariki, much of which was not seen by the public and was carried out in a system which provided inadequate support,” said Kelvin Davis.

â€œI want Oranga Tamariki to be the catalyst that allows regions to decide what is right for their particular field. Empower communities and Maori to help children and their families in a way that works for them.