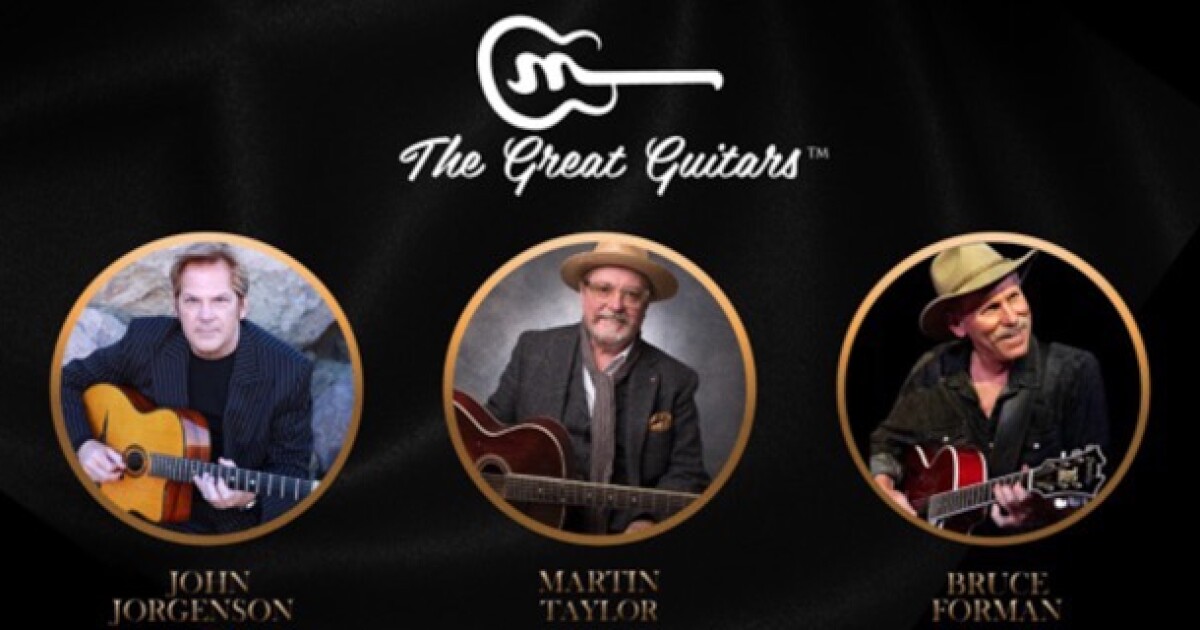 The Great Guitars traces its colorful heritage back to the 1970s, when legendary jazz guitarists of that era toured the world and recorded together. Award-winning guitarist Martin Taylor, who replaced Herb Ellis as part of the original band in the 1980s along with the legends Barney Kessel and Charlie Byrd, revised the format for the 21st century by enlisting two of today’s finest jazz guitarists. hui to co-create a brilliant program combining guitar mastery, emotion, humor and musical fireworks.

Combining Taylor’s award-winning virtuoso fingerstyle with Vignola’s jaw-dropping technique and Jorgenson’s incredible musical versatility, the concert features solo, duo and trio performances from these three acclaimed masters of fingerstyle, jazz and gypsy guitar. Between them, these three great guitarists have worked with artists ranging from Tommy Emmanuel to David Grisman, from Donald Fagen to Wynton Marsalis and from Bonnie Raitt to Bob Dylan.

Pat Metheny is calling Martin Taylor “one of the most impressive solo guitarists in the history of the instrument”, while Jeff Beck says, “he surpasses us all – I’ve never seen anything like it”. Taylor is widely recognized as the world’s foremost exponent of solo fingerstyle jazz guitar playing, with a record 15 British Jazz Awards, Top 10 Albums in the US and Europe, and an MBE from the Queen of Britain. His innovative online guitar school now trains guitarists in over 60 countries.