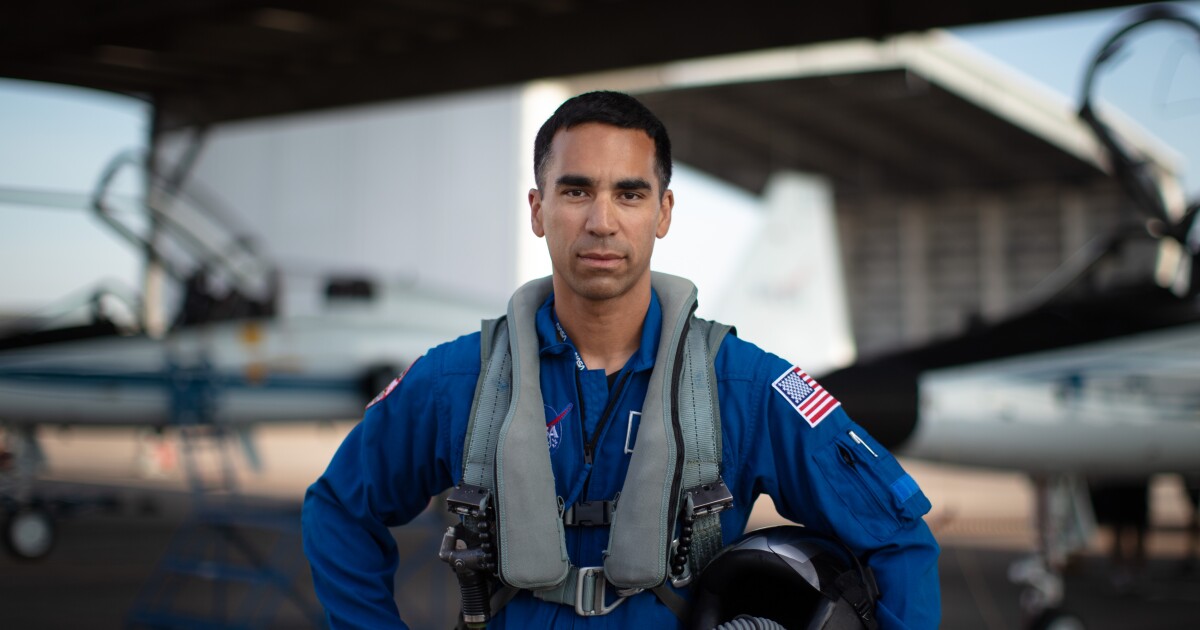 The Iowan takes a Halloween trip to space

Early on Halloween morning, an Iowan will fly into orbit in a SpaceX capsule for a six-month stay aboard the International Space Station.

Raja Chari, a local from Cedar Falls, and three other astronauts are expected to be launched atop a Falcon 9 rocket at 1:21 a.m. from Kennedy Space Center in Florida.

Chari, an Air Force colonel, says we must continue to explore and expand our species beyond this planet, while learning how to make Earth even more hospitable.

This will be Chari’s first trip to space, and he has been appointed mission commander, making him NASA’s first rookie commander since 1973 and the first Iowan to space since Peggy Whitson’s last mission in 2017. Chari is one of 18 astronauts named in the Artemis program, which is intended for the moon. Artemis was Apollo’s twin sister in Greek mythology.

In a Interview with Radio Iowa Last winter, Chari said his concern was not whether he would go to the moon himself, but rather whether he was helping to move Project Artemis forward.

â€œI am, personally, probably too old to end up on Mars, but I do know that the person who is going to be on Mars and live on Mars is potentially in our office, or potentially walking down the street thinking about applying to NASA for become an astronaut, â€says Chari. “That’s really it for me, keeping that momentum going, keeping this wired part of our DNA to keep going further, faster, higher – beyond what we know.”

As a child, Chari says his parents instilled in him the belief that a good education is what you need to be successful, and he earned degrees in aeronautics and astronautics from the US Air Force Academy and MIT. Chari’s mother was a nurse and teacher, while her father came to the United States from India for his masters degree and spent his entire career with John Deere in Waterloo.

While Chari will likely be among the first people since 1972 to set foot on the Moon, he would also be the very first person of Indian descent to reach that peak. â€œIt’s definitely a source of pride for me in terms of what (my dad) sacrificed for me and it’s a big part of my motivation, why I do what I do,â€ says Chari. “It’s not really about being on the Moon or in space, it’s really more of what we can do as an agency and as people to help the next generation.”

Chari and his wife Holly – a resident of Cedar Falls – have three children, ages seven to twelve. Chari says he continues to have conversations with his children about his fantastic – and dangerous – career. A former Air Force test pilot who flew combat missions over Iraq, the 44-year-old says he teaches his little ones about risks versus rewards.

“Not wearing your seat belt is stupid, it’s a risk, but there’s nothing good that comes out of it, right?” It’s stupid, â€says Chari. â€œBut, things like getting on a rocket, yeah, it’s risky but there are some really good things coming out of it in terms of technology and the good it does for others. None of us want to do anything. stupid and dangerous. That’s not our goal. Our goal is to make it as safe as possible. “

Only seven previous Iowans have been astronauts, including Laurel Clark of Ames, who died in the Space Shuttle Columbia tragedy in 2003. Other Iowans who have been in space include five Shuttle astronauts: Peggy Whitson of Mount Ayr, Jim Kelly of Burlington, George Nelson of Charles City, Loren Shriver of Jefferson and David Hilmers of Clinton.

Iowa’s first astronaut was Walter Cunningham of Creston who flew in Apollo 7.

This article was republished from Radio Iowa.