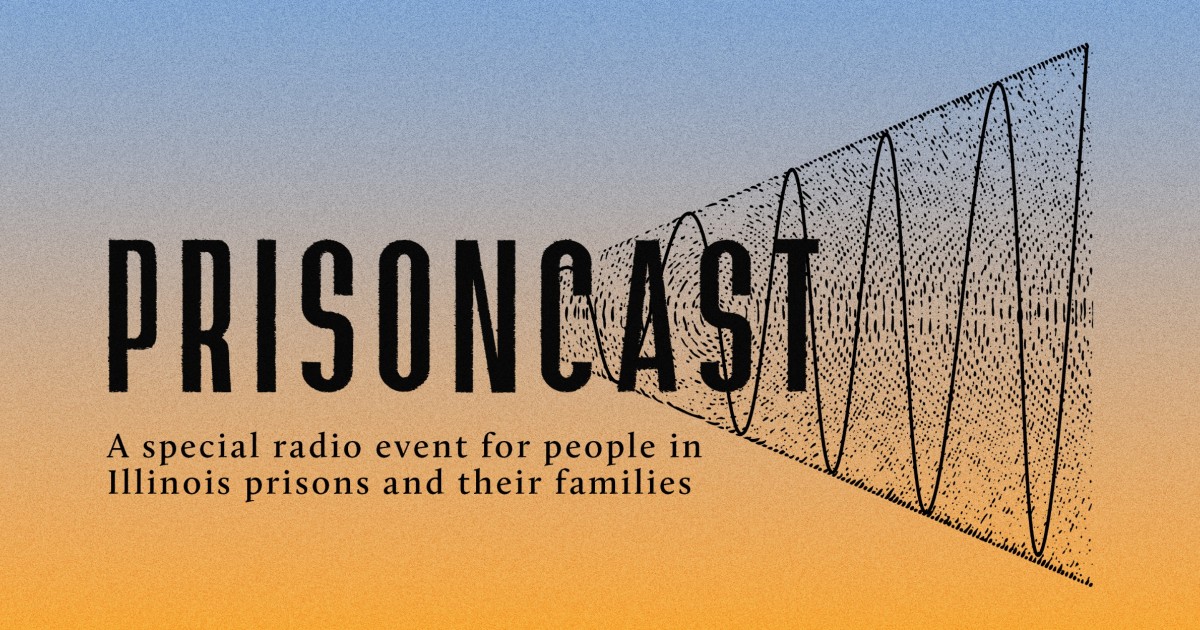 Inmates in Illinois prisons have limited means of communicating with the outside world, but they are allowed to listen to the radio. That’s why WBEZ reporters have spent the past few months putting together an unusual project: doing a live special for people in state prisons and their families.

Prisoncasta two-hour special, airing this Sunday, August 28 from 2-4 p.m. on WBEZ 91.5 FM and a dozen Illinois public radio stations across the state.

The idea came from the team that produced season four of the Motive podcastin which Shannon Heffernan, WBEZ’s award-winning criminal justice reporter, guides listeners through the secretive world of the Illinois Department of Corrections and exposes the wrongdoings of prison guards.

As a result of this multi-year investigation, the Motive team wanted to produce a journalism article with and for people inside the prison and their families outside.

With the help of more than a dozen organizations that work in prisons, WBEZ’s team of engagement journalists interviewed people in prison, as well as their family members and friends outside. . We asked, what do you want people on the outside to know about your life on the inside? Is there a song you would like to dedicate to someone? What noise from outside the prison walls would you like to hear, and why?

“I would love to hear heavy rain falling on a tin or metal roof,” Carlos wrote, at the Hill Correctional Center in upstate Galesburg. “The reason I want to hear this sound is because it reminds me of my birthplace. … In Puerto Rico, it rained a lot, so my memory takes me back to those times of cool, calm sound of rain falling on the roof .

In addition to answering as many requests as possible in two hours, Prisoncast features interviews with experts on how incarcerated parents can maintain relationships with their children and tips for preparing for release. Nearly 17,000 people were released from IDOC facilities last year, returning to communities across the state. Prisoncast, hopefully creates a little moment of connection between people inside and out.