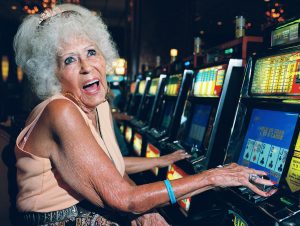 Photographers Joey Schultz and John Mark Hanson took four trips across 50 states to capture portraits of grandmothers and ask them a simple and insightful question: “What advice would you give to your younger self?”

The new photo book “Grandmothers of America” highlights the beauty of an aging population and the advice they would give to their young people.

The concept is the original idea of ​​the photographer Joey Schultz, who posed the question, “What would be the most powerful photo you could take?” The answer was a portrait of her own grandmother, who launched a 50-state tour to approach random grandmothers and ask them to take their photos.

Schultz also asked the photo’s subjects a simple question: “What advice would you give to your younger self?”

Responses ranged from ‘love yourself’ to ‘don’t use drugs’, spend more time with your family and pay more attention to the needs of your children.

Schultz completed the project in four trips with fellow photographer John Mark Hanson. The book was released earlier this month.

WDET strives to make our journalism accessible to everyone. As a public media institution, we maintain our journalistic integrity through the independent support of readers like you. If you value WDET as a source of news, music, and conversation, please donate today.