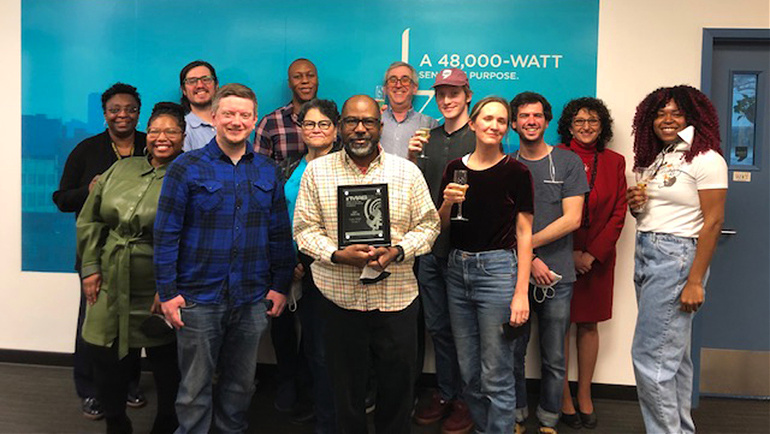 Detroit’s NPR station WDET-101.9 FM has cause for celebration — the Michigan Association of Broadcasters (MAB) named it Public Radio Station of the Year for 2021.

The honor was announced earlier this month at the annual Broadcast Excellence Awards, which recognize outstanding achievement in broadcasting by Michigan’s commercial and public television and radio stations. In 2021, more than 939 nominations were entered into the competition. WDET competes in Group 2 of the Public Radio Broadcast Excellence Award divisions, which is for stations with budgets over $2 million.

“We are extremely honored to have received this MAB award and to share this honor with all of our members and listeners who have supported us over the years,” said WDET CEO Mary Zatina. “This award is for Detroit and the Detroiters. We are a station for the community, by the community, and their support and contribution makes us better every year. WDET will continue to put its connection to the community at the heart of our operations.

In addition to being named Public Radio Station of the Year, WDET won numerous awards for its news and programming throughout 2021:

WDET’s winning entries can be heard on the WDET website. The full list of winners and links to watch/listen to the winning entries are available now at BroadcastExcellenceAwards.com.

WDET is Detroit’s NPR station and a community service of Wayne State University. From in-depth community reporting to national NPR news coverage, WDET is a trusted source for credible news and information. Its mix of local and national programming is produced by award-winning journalists who highlight diverse perspectives and invite local voices into conversations. WDET’s mission is to be an authentic voice of Detroit.