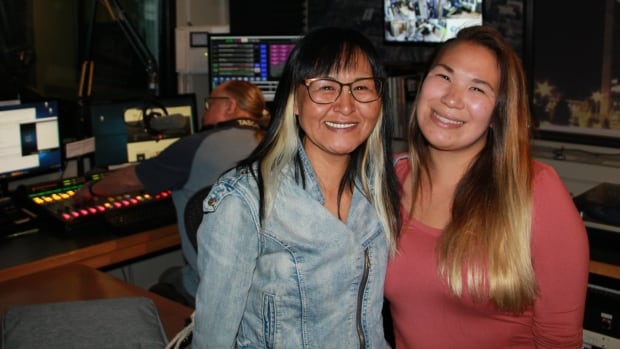 When Jessie Kangok was growing up in Igloolik, Nunavut, she remembers listening to the radio every day.

At noon, she recalls, CBC’s Joanna Awa was broadcasting stories from across Canada, all told in her native language: Inuktitut.

But when Kangok moved to Ottawa, she “didn’t find [Inuktitut] anywhere” on the radio dial.

It ended last month, when his show on CKCU, Uqallagvikaired its first episode.

“At least twice a month for an hour, you forget you’re in Ottawa,” she told the CBC host. Ottawa morning.

The show is modeled on Nipivut (“Our Voice”), an Inuktitut radio show on Montreal’s CKUT radio that previously held the title of Canada’s southernmost Inuktitut show.

The format combines the host’s presentations in Inuktitut with interviews conducted primarily in English. Kangok says this allows the show to be inclusive of “Inuit who didn’t grow up speaking the language,” while celebrating the Inuktitut language.

Kangok co-hosts the show with Janet Evvik, an Inuit Broadcasting Corporation producer who moved to Ottawa from Pangnirtung, Nunavut. Neither host had any previous radio experience.

“It’s exciting to hear your voice on the radio,” Evvik said. “There are a lot of issues that need to be heard, and this is our way of making it all known.”

Now in its third episode, Kangok says she hopes the show will explore issues relevant to Ottawa’s larger Inuit community and national politics.

“Like any culture, we want to be understood and heard,” she said. “We are an oral people… It’s natural and it’s exciting for the community.”

Beyond the headlines, Evvik says another goal of the show is to promote Inuit music.

“We don’t hear Inuktitut music anywhere else,” Evvik said. “We play the songs we listened to when we were growing up. It’s like a throwback, sometimes, to our childhood.”

On this point, the show made an impression from its first minute. When the opening theme, a lively jig, aired, one of Kangok’s friends said that “his uncle started dancing, because he remembered the house”.

“He delivered what he was supposed to,” Kangok said, “to bring that sense of belonging for a while.”

Currently, the show only airs twice a month, but Evvik hopes it can grow into something bigger.

“I hope it will be an everyday thing one day,” she said. “At home, you listen to your radio every day.