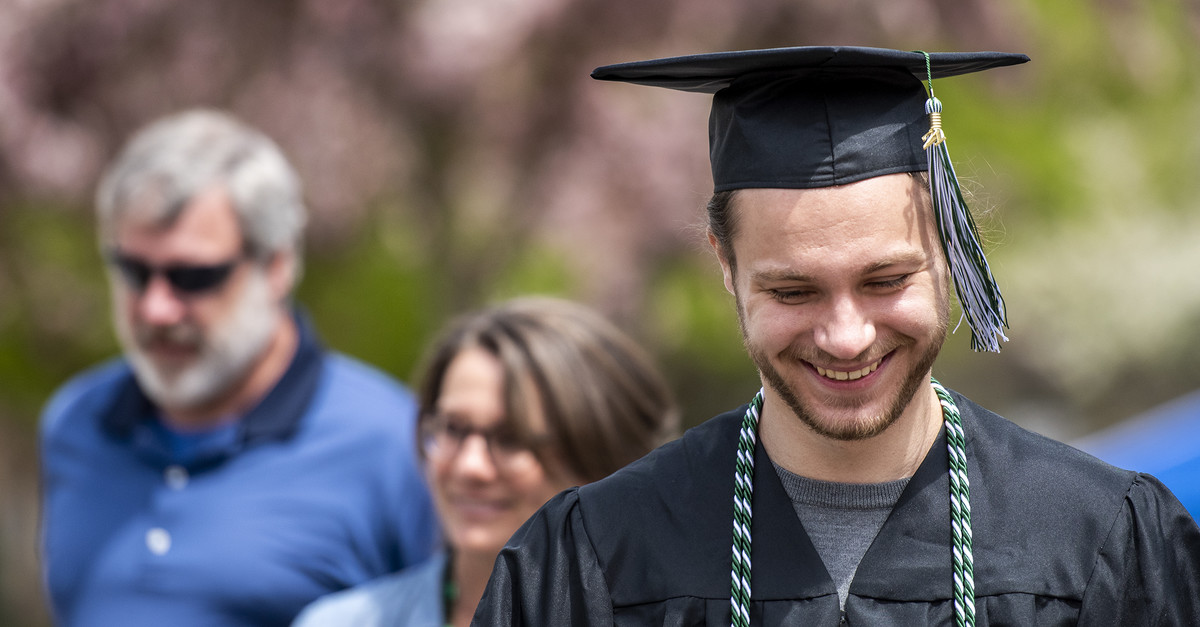 More than 70% of Wisconsin students who enrolled in 2015 graduated within six years, according to new data from the National Student Clearinghouse Research Center. The state has exceeded national averages in all institutional categories, but significant gaps in graduation rates still exist between racial groups.

When broken down further, the data showed that 73.9% of Wisconsin students enrolled in four-year public universities graduated within the six-year window. This is almost 5 percentage points higher than the national average for state universities.

Private, nonprofit four-year universities in Wisconsin had the highest six-year average graduation rate, at 80.3%. The national rate for private nonprofit universities was 78.3%.

National data from the Clearinghouse is not broken down by individual campus, but the University of Wisconsin system Accountability Dashboard tracks graduation rates.

Graduation rates for the freshman class of 2014 vary widely by campus in the UW system, but the average for all students across all campuses is 65.1%.

UW-Madison had the highest six-year graduation rate, at 88.4%. UW-Parkside had the lowest rate, with 38.6% of 2014 freshmen graduating within six years. UW-Milwaukee’s rate was 45.6%. Most other UW campuses had rates below 65%.

Communications staff at UW-Milwaukee and UW-Parkside did not respond to requests for comment on their campus graduation rates.

UW-La Crosse had a six-year graduation rate of 70.9%, the second highest among schools in the UW system. Natalie Solverson, director of institutional research, assessment and campus planning, said administrators are working to build support for students after enrollment.

“We’ve made significant investments in additional student counseling and career services to help somehow underpin that experience along the way,” Solverson said. “We are also highly recognized for our students’ engagement in the community, as well as in undergraduate research.”

Six years graduation rate at Marquette University, the state’s largest private college, 81.4% of freshmen enrolled in 2015. That’s just above the average for all private, nonprofit universities in Wisconsin. .

John Su is vice-rector for academic affairs at Marquette. He said increasing graduation rates requires a strong commitment from administrators, faculty and students.

“A lot of national research tells us that student success depends on two things more than anything else: mentorship and engagement,” Su said. “And so we work very hard to make sure that every student has a mentor from the start of their time here and is engaged in some sort of meaningful activity on a weekly basis.”

While the six-year graduation rate has improved in higher education in Wisconsin, significant discrepancies exist when comparing rates between black, Native American, and Hispanic students to white students.

According to data from the UW system for the freshman class of 2014, students listed as an “underrepresented minority” — which includes African American, Native American, Hispanic/Latino, or Southeast Asian students — had a six-year graduation rate of 48.1%. Students listed as “non-underrepresented minority” — or white, other Asian American, Hawaiian, or Pacific Islander — had a six-year completion rate of 67.7 percent.

Solverson said administrators and faculty have been working to change the way remedial English and math classes are taught to help all students stay on track.

“So this is something we’re doing to help improve graduation rates and retention rates for all student populations on our campus,” Solverson said.

Graduation rate gaps at Marquette University are smaller, especially between students listed as Hispanic and white. Still, black students in the university’s 2015 cohort had a six-year graduation rate of 67.9%, while the rate among white students was 83%.

“He gave us a very ambitious goal to increase our graduation rates to 90%,” Su said.